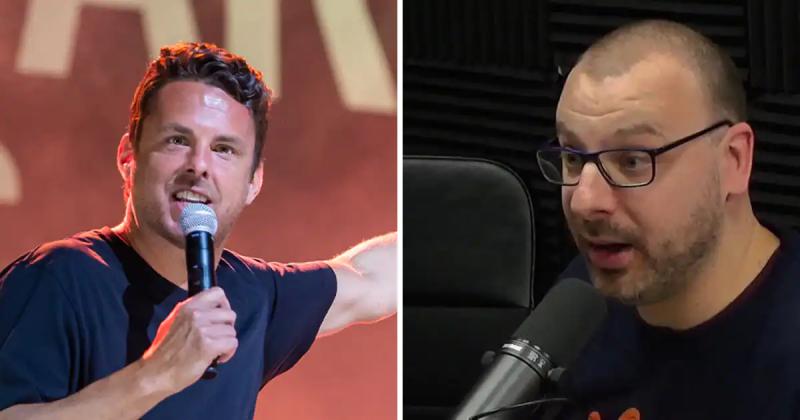 While participating in the recording of a live podcast on the sidelines of the Emerging Humor Festival in Abitibi-Témiscamingue, comedian Thomas Levac declared several times on stage that Philippe Bond was “a rapist”. The extract from the live broadcast which was to be reserved for ticket holders ended up on QC scoop's YouTube channel, forcing the main interested party to claim his innocence on social networks.

“Philippe Bond is a rapist”, can we hear comedian Thomas Levac say in the video extract that has gone viral. “He invites women into his chariot and he doesn't let them out. Never forget that! He just chases women, never men.”

The artist who seems angry goes on to call the other participants in the podcast “cowards who would know about this rape story”.

“I don't care, that man doesn't impress me,” he adds in front of the crowd, giving off a few nervous laughs. Fuck Philip Bond! Often, in the media, they wonder who it is, the comedian [whose] everyone is talking about who hasn't come out… It's Philippe Bond!”

Philippe Bond reacted strongly on his professional Facebook page, claiming to have never been an aggressor and ” have no choice but to initiate legal proceedings” against this comedian circulating what he calls falsehood about him.

“Today, I get up and I shout loud and clear my innocence, he writes. All the relationships I have had have been consensual, I have NEVER been an aggressor, NEVER will be and I will NEVER accept being accused of it without defending myself.”

He claims to be aware that many testimonies telling terrible stories have been circulating for years.

“No victim deserves what they have gone through and, unfortunately, there are many other serious stories that remain in the shadows”, he continues in his publication which, at the time of writing these lines, had accumulated 5200 likes and 682 mostly positive comments about him.

Remember that Philippe Bond pleaded guilty to impaired driving last May. The comedian had admitted having taken the wheel at the exit of a bar in Rivière-du-Loup, in March, with a higher alcohol level than the legal limit, thus inheriting a criminal record, a $1,000 fine and a driving ban for a period of one year.

Reactions from the Festival

Contacted byLe Journal, the management of the Festival d'humour emergent en Abitibi-Témiscamingue distanced itself by email from the comments of Thomas Levac.

“The Emerging Comedy Festival dissociates itself from all allegations made by comedians within the framework of the event, with regard to anyone, wrote Camille Dallaire , President of the Festival. Trusting our artists and their management teams, we do not carry out any form of control over their comments during their performances. »

Philippe Bond will not, for the moment, give any interview on this subject. For his part, Thomas Levac did not respond to interview requests from Journal nor issued a public statement.