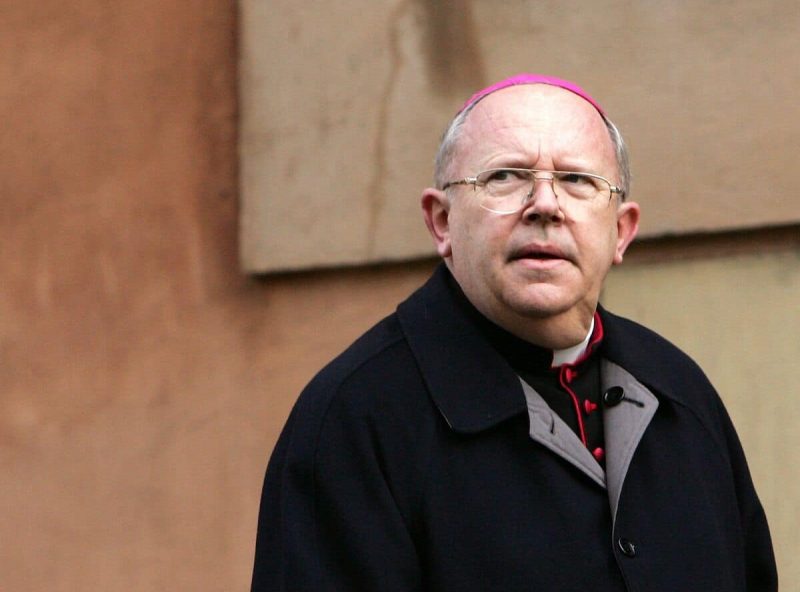 The French episcopate revealed on Monday that eleven former bishops had faced civil justice or Church justice for sexual “abuse” or “non-denunciation”, and revealed conduct “reprehensible” of a former archbishop of Bordeaux.

To everyone's surprise, the president of the Conference of Bishops of France Eric de Moulins-Beaufort, who held a press point on the theme of sexual abuse and its management on the eve of the closing of the CEF plenary assembly in Lourdes, read a message sent by Cardinal Jean-Pierre Ricard.

My behavior has necessarily caused serious and lasting consequences for this person”, writes the Cardinal.

“I have decided to put myself at the disposal of justice both at the level of society than that of the Church”, he added, claiming to have asked “forgiveness” to this victim, still according to his reported comments.

This admission by Cardinal Ricard, 78, who was notably bishop of Coutances (north-west), Montpellier (south) then of Bordeaux (south-west) from 2001 to 2019, and who retired in October 2019, was welcomed “like a shock” by the 120 bishops gathered in the Marian city since Thursday, underlined the president of the CEF. Bishop Ricard has been a cardinal since 2006.

The president of the CEF also detailed the case of other prelates who had had to deal with justice.

“Today there is six cases of (former, editor's note) bishops who have been implicated before the justice of our country or before the canonical justice”, he declared, stressing that these cases were “known” to the press.

One of them, however, has since “deceased”, the CEF later told the press, specifying that it was Pierre Pican, who died in 2018, sentenced for non-denunciation.

Added “from now on Mgr Ricard”, he said. As well as Bishop Michel Santier, sanctioned in 2021 by the Vatican authorities for “spiritual abuse having led to voyeurism on two adult men” and whose sanction was revealed in mid-October by the press.

Two other retired bishops “are the subject of investigations today by the justice of our country after reports made by a bishop and a canonical procedure”.

A last “is the subject of a report to the prosecutor to which no response has been given to date and has received from the Holy See restrictive measures from his ministry”, added the Archbishop of Reims.

In total, ten former bishops are therefore concerned: “eight currently implicated for abuse, including Bishop Ricard and Santier, and two implicated for non-denunciation (one was sentenced in 2018 and one released in 2020)”, according to the CEF.

On the Santier affair itself, whose silence on the sanction shocked Catholics, Bishop de Moulins-Beaufort acknowledged that in “November 2021, during the autumn assembly” of the episcopate, he had informed the bishops “that disciplinary measures had been taken against Bishop Santier, but without giving any indication of the acts he had committed”.

He admitted “on rereading this story”, serious shortcomings and malfunctions at all levels”, regretting that a request for a “prior investigation” sent by the Vatican authorities to the then Archbishop of Paris, Michel Aupetit, in May 2020, was not carried out .

In a press release on Monday, the Archbishop of Bordeaux Jean-Paul James, returning to Cardinal Ricard's revelations, expressed his “great compassion for the victim concerned”. And said to share “the pain of all those, in particular in the diocese of Bordeaux, who will be hurt by these revelations”.

These come just over a year after the publication of the report shock of the Sauvé commission estimating at around 330,000 the number of victims of priests, deacons, religious or people linked to the Church of France since 1950. At its conclusion, the episcopate had recognized its “institutional responsibility” in this violence .