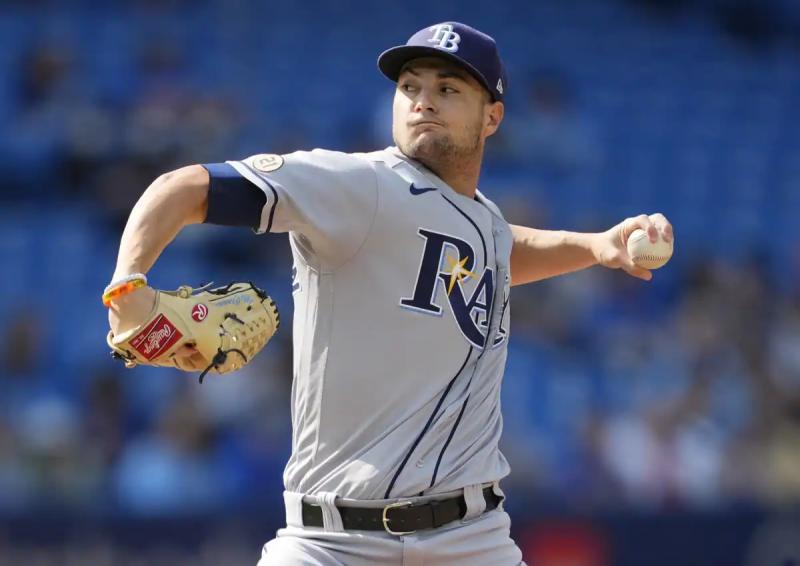 The Tampa Bay Rays bet on their ace pitcher Shane McClanahan Thursday in Toronto, and the Toronto Blue Jays suffered as they lost 11-0.&nbsp ;

McClanahan (12-5) was limited to five innings on the mound after being sidelined Aug. 30 with a left shoulder injury.

The Rays starter nevertheless appeared in great shape, having given up only three hits and one walk. Reaching 100 miles per hour on some pitches, the left-hander also made five strikeouts.

For the Jays, George Springer and Teoscar Hernandez were each held in four at bats in Thursday's game. Vladimir Guerrero Jr. had just one hit, a single, in four runs in the batting box. Nothing to pay tribute to the legendary Roberto Clemente, on this day of September 15 which is dedicated to him annually in major league baseball.

The Rays led 5-0 after eight innings. They added insult to injury in the ninth with six extra points in front of 23,820 discouraged fans in Toronto. At least, those who had not left the Rogers Center before the end of the meeting.

A fight to finish

By bowing to the Toronto-based Rays (80-63), with an 81-63 record, saw their lead shrink to half a game against this standings opponent. The two American League East Division clubs are particularly engaged in the fight to finish among the drafted teams.

Blue Jays starter Kevin Gausman (12-10) was credited with the loss. Having worked for seven innings, he gave up five runs. Gausman nevertheless had seven strikeouts, bringing his total to 186 this season, a Jays high.

– The Blue Jays will still be at home from Friday to Sunday, hosting the visit of the Baltimore Orioles.