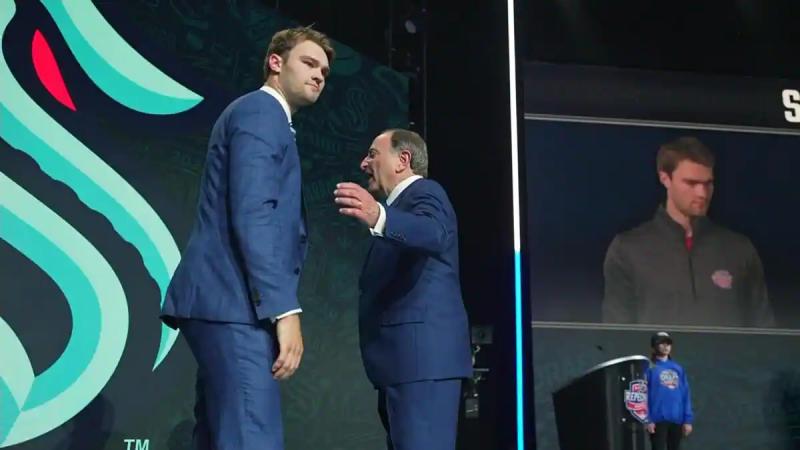 Young center Shane Wright, seen by many in a Montreal Canadiens uniform, reportedly cast an incisive gaze toward the Habs table when he heard his name being called by the Kraken of Seattle, Thursday at the Bell Centre.

After politely applauding the selection of Juraj Slafkovsky in the first rung, Wright seemed to want to send a message to the leaders of the CH. However, he had to wait until fourth place before he could get their attention.

After shaking hands with National Hockey League commissioner Gary Bettman, Wright had knives in his eyes . It is not known, however, if he was targeting the general staff of the Canadian.

The Ontarian later thanked the city of Montreal for its warm welcome, but admitted to the TSN network that he was “slightly resentful” of being ignored by the CH.

A few months before the draft, Wright had confided that he was committed to his goal of being selected first, adding that he thought “to be the best player in the auction and that he deserved this honor”.