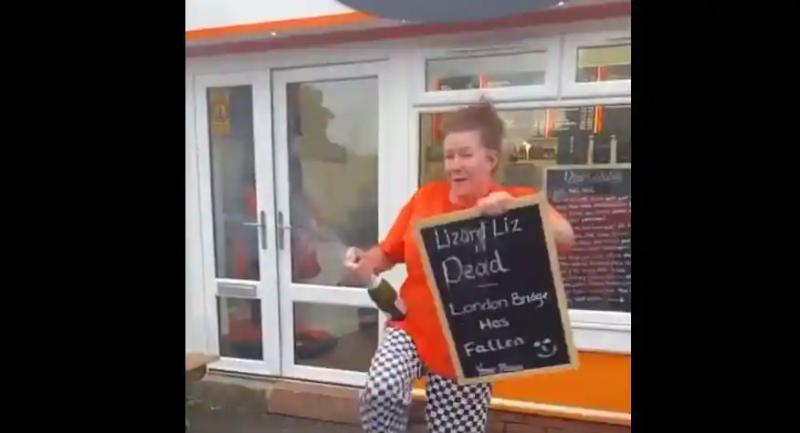 Police Scotland have opened an investigation into an act of vandalism at a restaurant overnight from Friday to Saturday, reports the Daily Mail.

The window of Jaki's Fish and Chip Shop was smashed by one or more individuals, possibly in response to a controversial video posted by the owner of the establishment.< /p>

Following the death of Elizabeth II on Thursday, Jaki Pickett was filmed popping champagne and celebrating the Queen's passing. In the video posted on social media, the restaurant owner can be seen shouting in delight: “Lizard Liz is dead! London Bridge has fallen!”, while holding a small blackboard on which these two sentences are written, accompanied by a smiling emoji.

Our local fish and chip shops reaction to the Queens death.. I’m utterly speechless. This is Jaki's Fish and Chip Shop in Muir of Ord in Scotland, I'm speechless.

“Lizard Liz is dead” written on her board and opening a bottle of champagne… pic.twitter.com/ePuuWsuuG9

This video has generated strong reactions on the web. Many Internet users have denounced the restaurant owner's lack of respect for the late monarch.

Thursday evening, disgruntled citizens threw eggs and ketchup at the restaurant's facade. Two days later, one or more people decided to go further by attacking the window of the establishment.

This act of vandalism was condemned by several Internet users. “What she did is detestable, but it does not justify the use of violence,” wrote one person on Twitter.