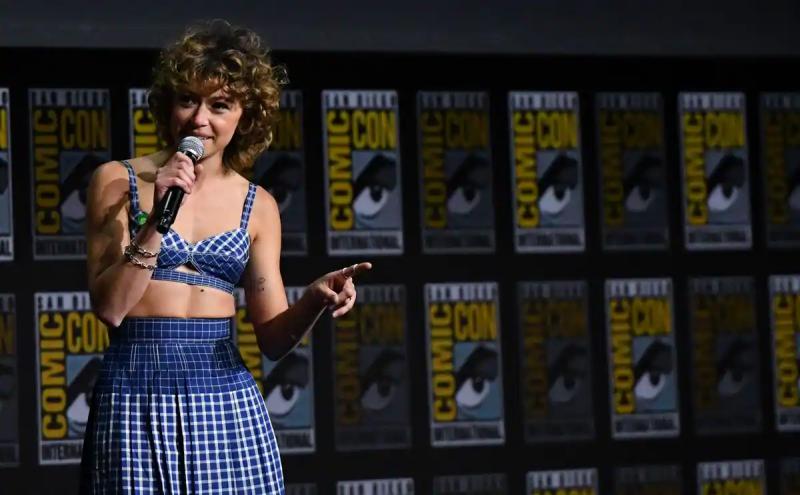 A Marvel series not waiting for the other, here is that “She-Hulk: Lawyer” arrived at Disney+ on August 18th. Incarnated by Tatiana Maslany, cousin of Hulk, the alter ego of Bruce Banner played by Mark Ruffalo, gives in humor.

She-Hulk is Jennifer Walters, cousin of a certain Bruce Banner. In the city, she is a lawyer. But as soon as she experiences strong emotions, she turns green. Becoming head of a team in charge of trials involving superheroes, Jennifer Walters therefore finds herself confronted with situations that are, to say the least, particular. But be careful, no question of adopting a heavy tone. “She-Hulk: Lawyer” is levity and humor in all its forms.

“Each episode has a specific tone,” director and executive producer Kat Coiro said at a press conference attended by QMI Agency. The easy description is that each half-hour episode is a comedy set in a law office. We borrowed from all genres. Some are cinematic, there is also action, suspense, etc. And it's also a series that allows viewers to get a glimpse into the sometimes very mundane life of a super heroine.”

“She-Hulk: Lawyer” is made up of nine episodes and follows Jennifer Walters from the accident that turns her into the Hulk to her defense of the Abomination (Tim Roth), Wong (Benedict Wong) is also in on it as well as…hush, Marvel bans spoilers.

“We knew we needed Mark Ruffalo as the Hulk. He is the only person who can understand what Jennifer is going through, to underline the filmmaker during an individual interview. All the others came very naturally, with our series taking place in a law firm of “super humans.”

The relationship between Hulk and She-Hulk is explored in a very interesting way by focusing on humor and relaxation. “We rehearsed a lot, read the script several times together. However, one thing you cannot create is chemistry between two actors. As soon as I saw Tatiana and Mark together, I saw that they had the very brotherly energy that we needed for the series.”

“We had to rehearse the scenes a lot more between Tatiana and Mark due to the amount of dialogue. Also, we built platforms on which the actors in “Hulk” had to walk for reasons of proportions. It was really a balance to find between the technical preparation and the freedom they needed to explore the scenes.

Because of the technique, there is. Special effects, the transformation of Jennifer into the Hulk, that of the Abomination, the landing of Wong… “Louis D'Esposito, the co-president of Marvel has already told me: 'How do you eat an elephant? One bite at a time.” And I really stuck to following that advice. I broke down each scene into the smallest details so I could figure out which special effects method would work best for each.”

For a very rare time, Kevin Feige, the big boss of Marvel Studios, did not participate in the presentation of one of his series. Should we therefore conclude that women are finally in power in the lair of superheroes? Laughing, Kat Coiro replied that one should not jump to conclusions about Feige's absence. Before adding that “our producer at Marvel, Wendy Jacobson, is a woman and she is the one who hired us all. It is under her leadership that the series shows an all-female point of view.”

“She-Hulk: Lawyer” is available on the Disney + platform from August 18.