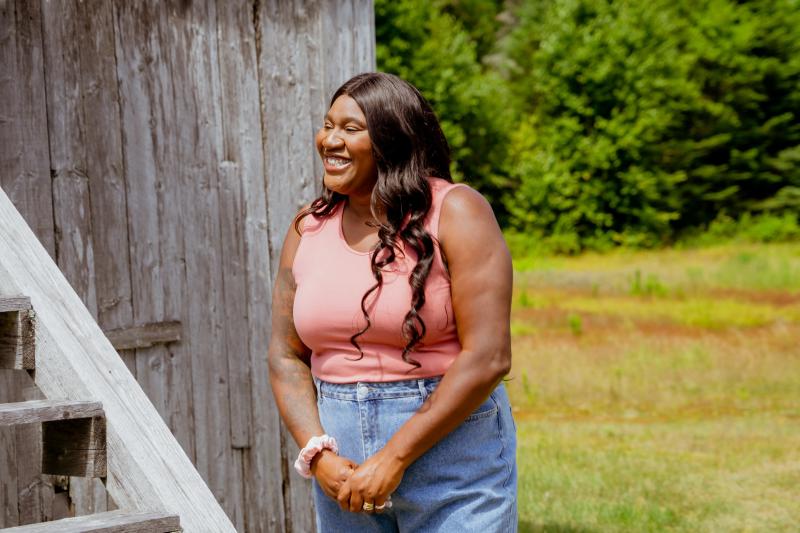 The friendly Mélissa Bédard is everywhere. Singer, actress, entertainer and mother/mother-in-law of six children aged 3 to 18, it's safe to say that she has energy to spare. And her contagious good humor and her authenticity have made her an essential figure in the cultural ecosystem since her revelation to “Star Académie”, 10 years ago already.

She will be in the second season of the comedy “La Confrérie” at Noovo, whose filming is approaching, and we are about to discover her very first residence in the series “Ma première maison”, which is broadcast on Canal Vie from tuesday. The artist's blended family, who live in the same neighborhood of Quebec City that saw her grow up, will now have all the space they need to flourish.

Even if she has to go regularly to the metropolis for her commitments, she will never leave her city because her lifelong friends live there as well as her family. “I haven't known anything other than Quebec, it's my little campaign in town.”

She is precisely on the show “La belle tour” dedicated to the Capitale-Nationale, this Monday, at TVA, she who never hides her love for her part of the country. The show was filmed at Vallée Bras-du-Nord in Saint-Raymond, Mélissa Bédard sharing Guy Jodoin's set with Pierre-Yves Lord, Shirley Théroux and Tire le coyote.

Back on stage and new album

After the troubles with her vocal cords that have kept her away from the stage for the past few months, forcing her to interrupt her tour, Mélissa Bédard is ready to sing for her audience. She is even preparing a new album which should be launched next year, so she is not idle.

“It starts again, the song! I'm happy to be back on stage! It's like a drug. When I don't show and sing, the bad guy doesn't come out, I'm getting dull,” she said with a laugh, saying she's grateful for the life she has. .

Mélissa Bédard rightly congratulates herself by saying that she had the courage to persevere, the years after “Star Académie” not always having been so busy for her. This is of course his role in the series “Do you hear me?” of Florence Longpré who gave it a new impetus.

“It shows my children, the people I know, that when you feel like giving up – because you want to, you don't want to, after “Star Ac” weeks and months ago I wanted to subscribe – , don't let go. I am a persevering girl, but I was also well surrounded. People wanted to support me and believed in me, even the public asked for news.

Questions about his weight

All his projects months have made her move a lot and people on social networks have even contradicted her when she denied having wanted to lose weight, some going so far as to say that she had undergone bariatric surgery and refused to do so. talk.

“One person’s weight is not about other people,” she mentioned, echoing to the excellent documentary “J't'aime gros” available on Vrai, which she presented with her friend Christine Morency.