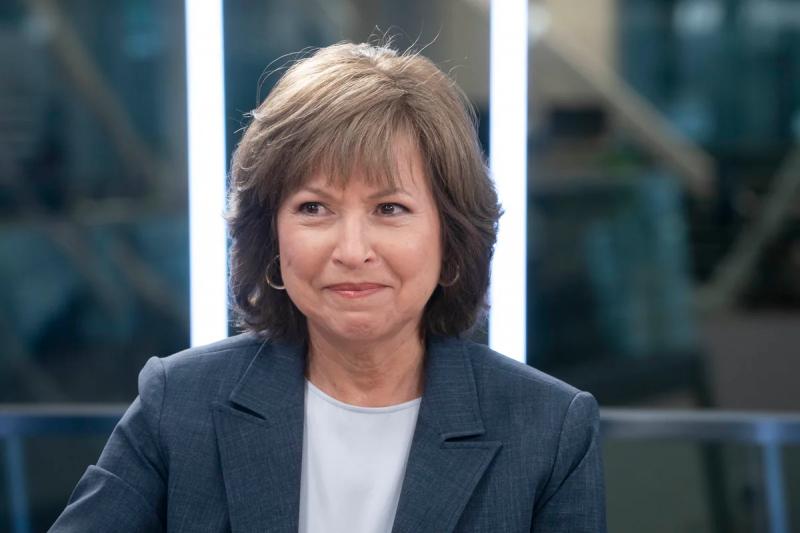 Céline Galipeau phoned and wrote her friend Lisa LaFlamme after she was fired from her position as anchor of CTV National News because of her gray hair.

Head of the “Téléjournal” antenna since 2009, Céline Galipeau was “thrown to the ground” and “shocked” by the dismissal of Lisa LaFlamme by Bell Media.

“How , in 2022, can we treat an experienced woman like her, who sits at the top of the ratings with the most watched bulletin in the country? she told the QMI Agency on the sidelines of the unveiling of the information programming at Radio-Canada, Tuesday, in Montreal.

For her part, the 65-year-old has “never felt any pressure” from management or even the public over the passing years. “I am living proof of it: you can grow old on the screen today. […] To have gray hair, why not? We should make a statement: All female anchors should wear a gray wig one night in support of Lisa LaFlamme. I launch the challenge!”

Céline Galipeau has “enormous respect” for Lisa LaFlamme, recipient of several awards and whom she has often met in the field, particularly in Afghanistan. The two women have a similar background, having served as foreign correspondents before returning home to take the helm of a major late-night newscast.

Was Lisa LaFlamme a victim of ageism and sexism, considering that she wanted, at 58, to continue her career and that two years were still on her contract? “Pierre Bruneau left when he was ready to leave and for the management of TVA it would have been completely crazy to remove him when he was at the top of his game. That's what is difficult to understand in Lisa LaFlamme's file,” added Céline Galipeau, who herself is thinking about what to do next.

During her vacation, the head of the “Téléjournal” antenna was notably replaced by Madeleine Blais-Morin, Marie-Maude Denis, Catherine Mercier and Véronique Prince, which “confronted” her long before the Lisa LaFlamme affair at his eventual retirement.

“[…] I said to myself that maybe I should start planning my departure because I'm not going to be there forever. It's funny to say, but I grew up and aged at Radio-Canada and I never felt pressure from management or the public because of my age. I felt it perhaps for the first time this summer, myself, without pressure coming from outside, when I saw the other journalists with the energy that it brought to “Téléjournal”, the freshness too .

Bell Media will conduct an independent assessment following the dismissal of Lisa LaFlamme after 35 years with CTV News. In a statement, the company said the “climate in [the] newsroom” will be analyzed “in the coming weeks.”

In addition to her gray hair, it has also been pointed out that she would have stood up to her new boss, Michael Melling, over budget cuts inherent in journalistic coverage and editorial choices.

Anne-Marie Dussault, who takes the helm of the show “24/60” for the 15th season on RDI, believes like Céline Galipeau that Lisa LaFlamme is “magnificent” with her gray hair. She recalls that we do not know all the facts and that a confidentiality agreement has probably been reached between the parties.

“I can give my word that here it would not be a factor [hair Grey]. We are beyond that. The information has been led by women for a long time, we age well on the air, we accept that we age on the air. I am 69 years old, so for sure if I decided to go gray, white, I would do it without any worries,” she said, speaking of a “personal choice”.

“No one tells me how to dress, do my hair and do my makeup. Jane Fonda has never looked so beautiful [at 84 years old], Lisa LaFlamme was beautiful in grey, I didn't think she was taking risks.”