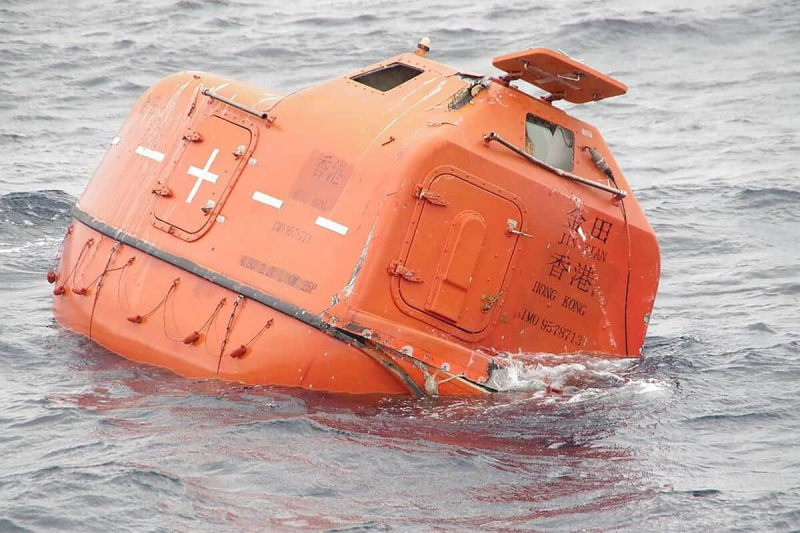 The Japanese and South Korean coast guards were still searching Wednesday for eight of the 22 crew members of a cargo ship that sank the previous night off southwestern Japanese archipelago in the East China Sea.

“A total of 14 have been rescued” so far, a coast guard spokesman told AFP Japanese. “We still do not know their condition and their nationalities.”

Eleven of them were in an “unconscious” state, the South Korean coast guard told AFP, which found six of the castaways, which were transported to the port of Nagasaki (southwest of Japan).

The Jin Tian, ​​a cargo ship of 6651 tons registered in Hong Kong, issued an SOS late Tuesday evening when it was about 110 km west of the Danjo Islands, a remote and uninhabited micro-archipelago in southwestern Japan.

Three other merchant ships were in the area at that time and were able to rescue several of the castaways, according to the Japanese Coast Guard.

A Japanese Coast Guard plane and two boats were on site Wednesday, and other vessels from Japan and from South Korea were to arrive as reinforcements, authorities in Tokyo and Seoul said.

The sinking of the Jin Tian occurred as an unusually severe cold snap hit in East Asia. Daytime temperatures on islands closest to the crash site barely reach 3°C.

According to the Japanese Coast Guard, the crew of the Jintan included a total of 14 Chinese and 8 Burmese .