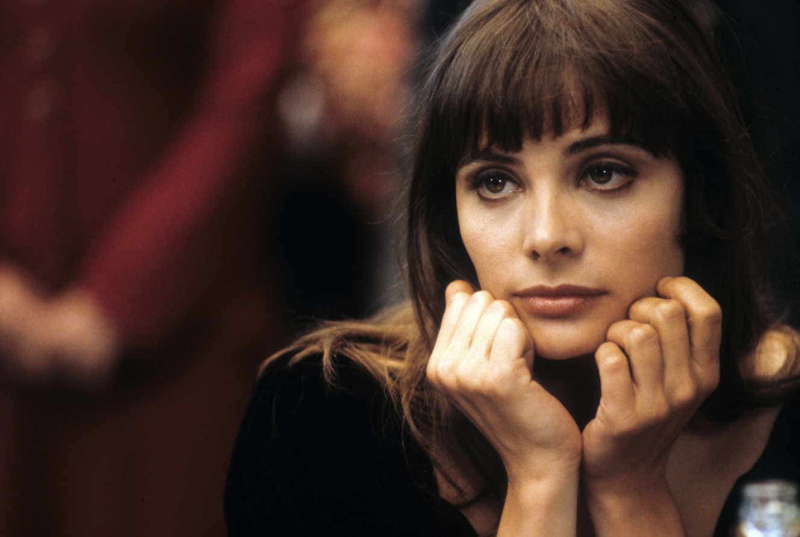 The famous French actress Marie Trintignant met an atrocious end. Her story sends chills down my spine. While she was leading a brilliant film career, her husband Bertrand Cantat attacked her with violence worthy of horror films. At a time when society is trying to put an end to domestic violence, learning that a woman was beaten to death by her lover is beyond comprehension.

Men can kill for different reasons, and it's often when money is involved that it happens. If we misunderstand this kind of gesture, it's even worse in the case of actress Marie Trintignant.

A simple story of jealousy about her ex-spouse and father of her child was enough for her companion, the singer Bertrand Cantat, to go crazy and come to attack her so violently that he killed him because many blows to the face.

Apparently he loved her too much and he lost control. Is that a reason? Love to the point of killing?

By force of circumstance, Marie Trintignant has become, despite herself, the symbol of feminicides in France.

In her biography written by Françoise Piazza, we discover a sweet woman, mother of four children, from four different fathers, an accomplished actress and loved by the public.

Born into a family of artists who succeeded in the film industry, she followed in the footsteps of her father, the great Jean-Louis Trintignant, who was an actor, and her mother, Nadine Trintignant, director, producer and screenwriter.

She died in August 2003, at the age of 41, of cerebral edema caused by injuries inflicted by her partner three days earlier.

Marie Trintignant liked to keep in touch with her ex-spouses, the fathers of her children, and that's what made her last spouse terribly jealous.

The 41-year-old actress was aware of the unhealthy jealousy of her lover, Bertrand Cantat, and shortly before his death, according to messages left to her mother, she began to worry about it very seriously.

But Marie Trintignant also had her weaknesses. She drank heavily and smoked cannabis daily. She was insecure, fragile and emotionally dependent on men.

The violent and jealous man

The autopsy report reveals twenty traces of blows on the body of Marie Trintignant. Several bruises on the face, a wound in the brow bone and the bursting of the bones of the nose. Due to the rings the singer wore, both optic nerves were detached. Added to this are numerous injuries to the stomach, legs and arms. According to experts, she would have experienced terrible suffering before falling into a deep coma.

In addition, the singer did not want to call for help immediately, minimizing the facts. It was the actress's brother, Vincent Trintignant, who went to the scene and called the emergency room, but it was already five hours after the tragedy.

Bertrand Cantat, recognized in the community as a violent, extremely possessive and terribly jealous man, risked 15 years in prison. He was charged and sentenced to eight years in prison for the murder of Marie Trintignant. After serving only half of his sentence, he is now free. His group, Noir Désir, died with his crime.

Today, several voices are raised in France against the singer who resumed his activities by releasing a solo album and who went back to stage. We wonder, with good reason, whether it is legitimate to applaud the man who killed Marie Trintignant. His killer. A documentary on the subject was broadcast in France in 2019.

During her career, Marie Trintignant has won several distinctions and been nominated for five Césars.