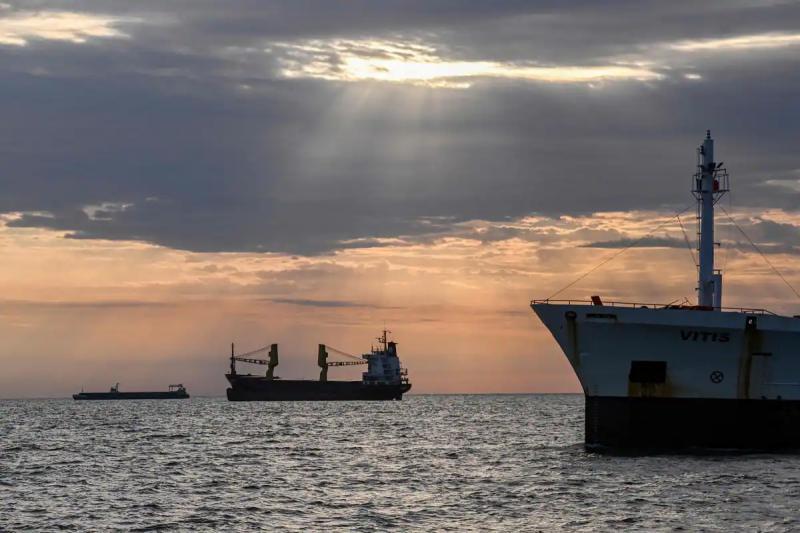 Ukraine said on Tuesday it had targeted drilling rigs in the Black Sea the day before, which it said were used as military “installations” by the Russians to strengthen their control in the region.

“At this site, Russia organized small garrisons, stored air defense equipment there, including radars. That is to say, these platforms have turned into facilities that have helped and are helping the Russians to strengthen their total control of the northwestern part of the Black Sea,” said the spokesman for the region. Odessa, Sergey Bratchouk, during an online press conference.

According to Mr. Bratchouk, quoted by Interfax-Ukraine, there were also “reconnaissance” tools on the gas extraction platforms located 70 kilometers from Odessa, a port in southern Ukraine on the sea Black.

On Monday, he indicated that these platforms were “legal military targets” for Ukraine: “It's a small garrison. It's not just a platform to extract gas,” he said in a video posted on his Telegram channel.

Seven people were missing Monday evening, according to a Russian official.

Also according to Sergei Aksionov, the governor installed by Moscow after the annexation in 2014 of the Ukrainian peninsula of Crimea, the shots targeted three platforms of drilling by the Chernomorneftegaz company, leading to the evacuation of 94 people present on the spot.

This is the first strike reported against an offshore hydrocarbon infrastructure in Crimea since the beginning on February 24 of Russia's offensive against Ukraine.

Sergui Brachuk also claimed that “the (Ukrainian) armed forces had dealt a major blow to the Russian garrison” based on Serpents' Island, a symbolic territory conquered by Moscow in the Black Sea at the start of its offensive.

The spokesman, however, admitted that the Russian Black Sea Fleet dominated the region, “stationed 80-100 km from the coast” with “a simple” tactic: “(shoot) missiles, missiles and missiles”.