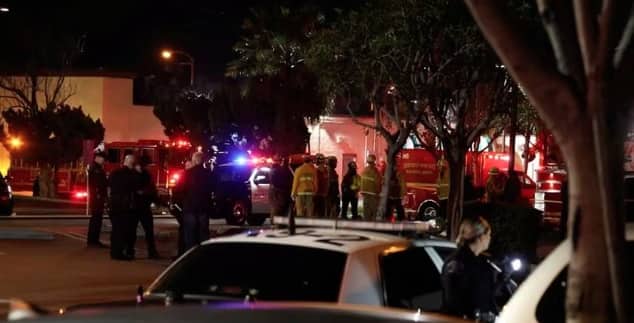 The alleged perpetrator, a man, remains at large on Sunday, police said.

'The suspect fled the scene and remains nowhere to be found,' told reporters in Monterey Park, near Los Angeles , Capt. Andrew Meyer of the Los Angeles Sheriff's Office.

Specialized investigators from the Los Angeles County Sheriff's Office are “assisting Monterey Park Police in a fatal shooting investigation”, according to a press release. “There are nine people who died”.

The alleged perpetrator of the shooting is a man, the press release confirms.

The shooting occurred near a location where the Lunar New Year had just been celebrated in Monterey Park, a city of some 61,000 mostly Asians, located about 8 miles east of downtown Los Angeles. Angeles.

According to press reports, the shooting occurred at a dance hall on Saturday evening, an hour after the Lunar New Year holiday.

According to The Los Angeles Times, tens of thousands of people had gathered for the two-day festivities, which are among the largest of their kind in Southern California.

Montrey Park resident Wong Wei said told the Los Angeles Times that her friend was in the club and was in the bathroom when the shots broke out. When she came out, she saw an armed man and three bodies – two women and a person he identified as the club boss.

The daily also quotes Seung Won Choi, the owner of a nearby restaurant, as saying that three people ran into the establishment and told him to lock the door.

These three people said there was a man with a semi-automatic rifle and loaded with ammunition who reloaded his weapon regularly, the restaurateur told the newspaper.

< p>The United States pays a very heavy price for the spread of firearms on its territory and the ease with which Americans have access to them.

The country has more personal weapons than inhabitants: one in three adults owns at least one weapon and almost one in two adults lives in a home where there is a weapon.

The consequence of this proliferation is the very high rate of death by firearm in the United States, with no comparison to that of other developed countries.