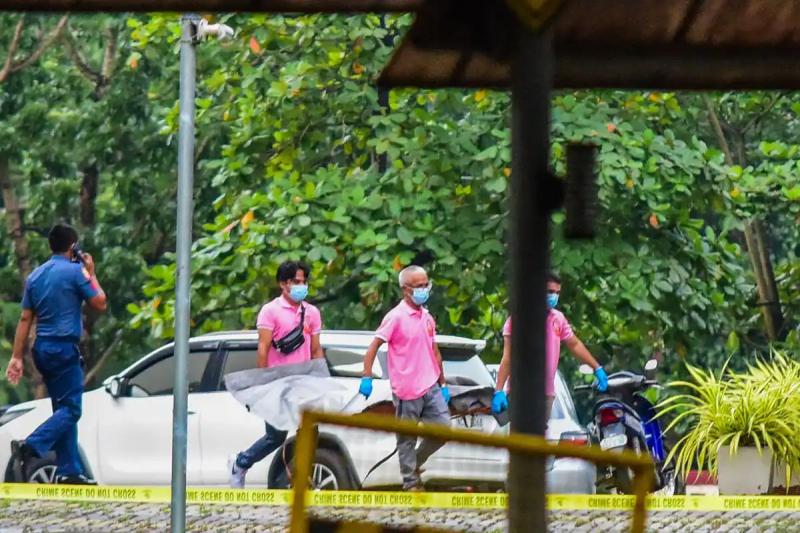 Three people were killed in a shooting at a university in the Philippine capital Manila on Sunday, in what authorities say was a targeted killing.

< p>The shooting occurred at the Ateneo de Manila University as law students and their families arrived for a graduation ceremony to be attended by the Chief Justice.

Rose Furigay, former mayor of a town in the restive southern province of Basilan, whose daughter was among the graduates, was killed, said Joy Belmonte, mayor of the conurbation where s the shooting took place.

Ms Furigay's assistant and a university security guard also died. The alleged shooter has been taken into custody.

Ms Furigay's daughter was injured and is in a “stable condition” in hospital, according to police.

“ We are very distraught and bereaved by this event,” Ms. Belmonte told AFP.

The suspected shooter fled the scene, forced a driver out of his vehicle before abandoning it and continuing his escape in a minibus, police said.

He was eventually arrested near a church. Police recovered two handguns and a silencer allegedly used by the suspect, whom they identified as Chao-Tiao Yumol.

The man, according to police, has a “long history” of disputes with Ms. Furigay. He was out on bail for a cybercrime case.

“It appears to be a determined assassin,” Brigadier Remus Medina told reporters, calling it an “isolated” incident.

Chao-Tiao Yumol, who had abrasions on his face, was presented to reporters by police. He accused Ms Furigay of being a “drug lord”, saying his family had ordered three attacks on him.

School and college shootings are rare in the Philippines, despite lax gun rules. However, targeted killings of politicians are quite common, particularly during elections.

Ms Furigay, whose family dominates politics in Lamitan City (south), served three terms as mayor. The constitution prevented her from standing for re-election on May 9 and her husband, who had previously held the position before her, succeeded her.

This is a common phenomenon in Philippines, where powerful clans pass on positions from one family member to another to maintain their influence.

The university canceled the graduation ceremony.

< p>In a statement, the university condemned the shooting and said it had “deprived members of the law school class of 2022 of what was meant to be a joyous celebration.”

< p>President Ferdinand Marcos Jr said he was shocked by the incident and said law enforcement would “thoroughly and promptly investigate these killings and bring everyone involved to justice.”