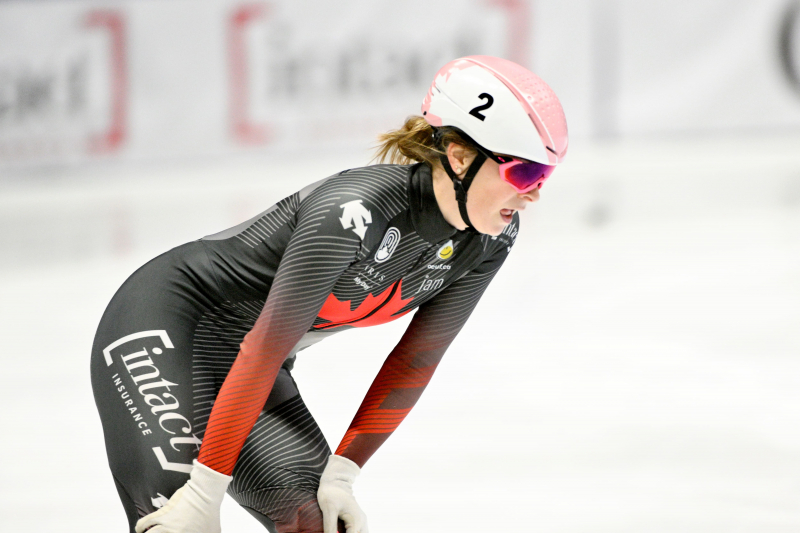 Like the main interested party, Sébastien Cros was disappointed and surprised by Kim Boutin's performance this weekend, on the occasion of the first World Cup of the season, but he is not in a hurry no panic button.

Qualified for the B final in his first 1000m on Saturday, Boutin was eliminated from the quarter-final round, in the second, the next day.&nbsp ;

“I'm disappointed and surprised because she had done well in training the previous two weeks and we expected more, but I'm not worried,” summed up the team's head coach. Canadian. It's the same scenario as last year during the first World Cup in Japan. “

“In both cases, Kim was not fully rested and she had less legs as the speed increased at the end of the race, continued Cros. Its sharpening phase is longer. This is the second summer that we train together and the same patternrepeating itself. This summer, we worked more in depth than last year to improve certain points and that involves risks. Kim is very explosive and will take a little more sharpening up front to get her fresher in the end stroke as the speed increases.

Lessons for the future

Cros believes that there is nevertheless something positive to be learned from this experience.

< p>“It’s almost a blessing in disguise because we will have a better reading. The information will be useful later. Athletes are pushed to the limit while allowing them time to recover. Kim had some good races early in the day, but it was hard to follow up. The answer is different from athlete to athlete. »

The Canadian team coach believes the Sherbrooke skater could bounce back as quickly as next weekend, when Salt Lake City hosts the second World Cup stop of the season, but warns he won't. there is no guarantee. For the next few days, rest will be the order of the day.

“It's possible that she will show better form in Salt Lake City, but it is not certain that she will be to its fullest, Cros pointed out. It can change very quickly. At the fourth World Cup in the Netherlands last year, it was hell on Thursday and Friday, but she came close to breaking her 500m world record on Saturday and she edged Suzanne Schulting on Sunday to finish second in the 1000m. »

“She would have liked to join the party in Montreal with good performances, but taking a step back is important . The challenge is not to panic and to remain confident.

The plan has not changed for this second World Cup stop.

“We are keeping the initial plan for Kim which is to run a 500m. We will be flexible. If she goes up and there are good opportunities, we will continue with the starting plan, otherwise we will advise if she is too tired. We will opt for the best solution with the aim that it will be better during stages 3 and 4 of the World Cup. The freshness must return. »

Sébastien Cros salutes the audacity of his skaters

“The highlight of the weekend is the attitude of our skaters,” said Sébastien Cros. They were bold and fearless. Risk taking is necessary to win a medal and I liked the spirit and the commitment of the athletes.

Cros liked what he saw of rookie Mathieu Pelletier who was competing in his first career World Cup at 16 and reaching the A final in the 500m and Claudia Gagnon who was racing a return to the top.

“Upon her return to the top level, Claudia was unimpressed as she passed two of the best skaters in the world in the 1500m final,” he said. Mathieu has also shown that he was not afraid even if he was playing his first World Cup.

“Last year, Pascal was spending a lot of energy at the front of the race in the hope of winning, but he lacked the juice at the end,” he explained. This weekend, he was also aiming for victory, but he stayed in traffic and finished strong with an overtake with three laps to go to win the 1000m. The balance is quite fine between the two. »

A well-stocked toolbox is necessary to win races.

“In short track, you need the whole palette, he imagined. If everything is based on the physical aspect which is important, you will not last long and you will not be able to do anything on a day when you are not in good shape. Technique is important and strategy is very important.

Like Dion's teammates, the Canadian team coach didn't blame him for taking a significant risk in the final of the 5000m relay. The Canadian relay was in third place with eight laps to go when Dion passed the Italian on the outside before sliding inside to serve the same medicine to the Korean, but the ice gave way under his blades.

“If you want to win races, you have to take risks. If you don't try anything, you'll be left behind. It is by repeating this kind of overtaking that you will master it. Suzanne Schulting and Arianna Fontana were disqualified and crashed often before overpowering him. You have to try things. »