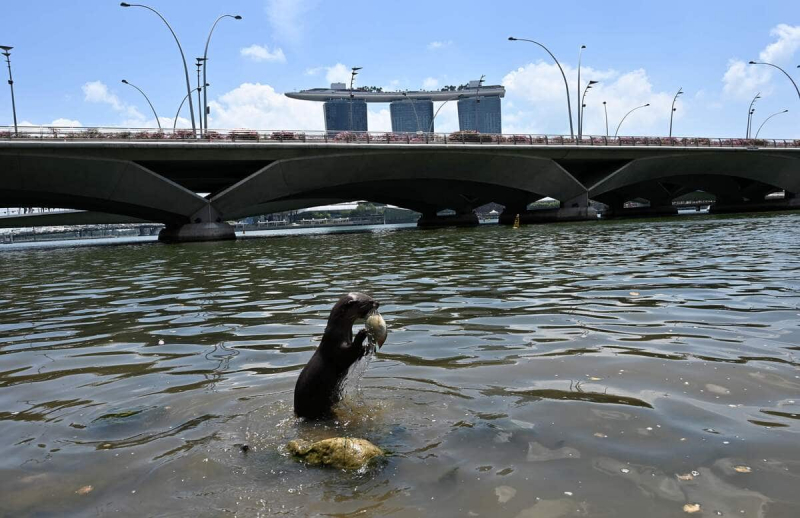 The number of otters has doubled in the city-state of Singapore since 2019, spurring efforts to relocate these small animals that sometimes attack humans and feed in ponds.&nbsp ;

To overcome this problem, the National Parks Board of Singapore (NParks) would like to relocate the 170 otters away from residential areas, according to The Guardian.

The 17 families of otters fish for tilapia in streams, sleep under bridges, ravage private ponds and sometimes even attack humans in public parks.

“They are not afraid, and the most daring families walk right in front of us, said N Sivasothi, professor of biological sciences at the National University of Singapore. There is not a place in Singapore where you can be completely isolated from the otters”.

In 2020, NParks had received 208 complaints from citizens on this subject, then 305 in 2021 and more than 300 this summer. Most of the complaints, however, reported flight behavior on the part of the animals.

“Living in our city in the wild means coexisting with wildlife such as otters and having the opportunity to observe them, a said Tan Kiat How, Minister of State for National Development and Communications and Information.

The otter population has boomed since the 1980s when Singapore began cleaning up its waterways. Their numbers are increasing in particular because they have no predators except crocodiles present in a swampy mangrove northwest of the city.

Fish populations have also increased in less polluted and abundant waters. in food. Today, otters are increasingly on the streets and claiming more and more territory, sometimes aggressively.

Last year, a Briton living in Singapore said that he “thought he was going to die” when a group of otters chased him through the Botanical Gardens, tackled him to the ground and bit him 26 times in just seconds. A few months earlier, a 77-year-old man had his leg bitten during his morning sport.

“We are facing an unprecedented situation,” said Mr. Sivasothi. Initially, it was just otters using spaces in Singapore, and now the population is growing and competition is forcing them to roam the city, and we have to adapt.”