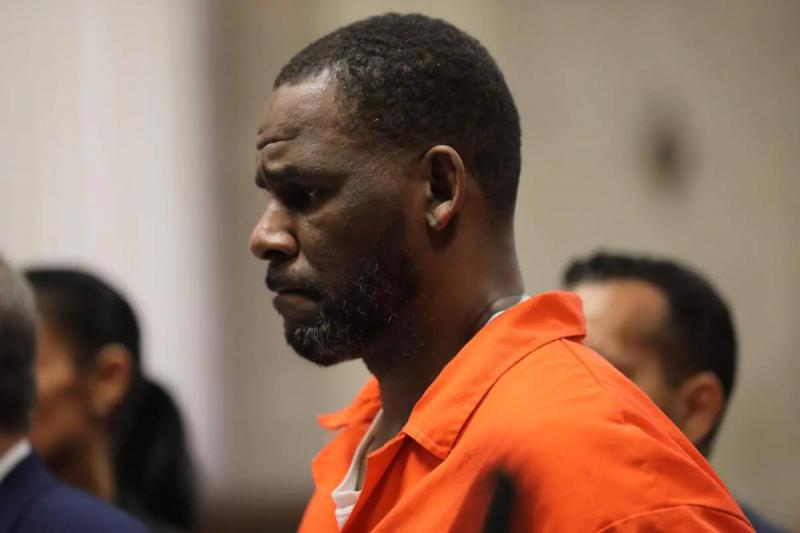 R. Kelly, a fallen R&B star who was previously sentenced to 30 years in prison in June for sex crimes against young and sometimes teenage women, was convicted of child pornography in Chicago on Wednesday.

< p>Robert Sylvester Kelly, 55, was convicted of production of child pornography and embezzlement of a minor, according to the newspaper Chicago Tribune.

The singer, known worldwide for his hit < em>I Believe I Can Flyand his 75 million records sold, was acquitted by a federal jury on other counts of obstruction of justice.

He and two former associates — also acquitted on Wednesday — were charged with disrupting the course of his 2008 child pornography trial, in which the jury found him not guilty.

They was accused of having both threatened and corrupted a victim, who had not then testified. Now 37, she spoke this time.

Excerpts from videos showing R. Kelly's sexual abuse of young teenage girls, one of whom was only 14, were shown during the trial.

The 12-person jury it took about 11 hours to reach this verdict, which could add a heavy prison sentence to the 30 years of imprisonment to which R. Kelly has already been sentenced.

The artist was found guilty in September 2021 in New York of having piloted for three decades a “system” of sexual exploitation of young people, including adolescent girls.

This lawsuit had been considered a major step in the #MeToo movement: it was the first time that the majority of the plaintiffs were black women and that they accused a black artist.

< p>For decades, the success of R. Kelly had been tarnished by suspicions of sexual violence, subject of persistent rumors. He had long managed to silence them with financial agreements including confidentiality clauses.

As of 2017, two women, Kenyette Barnes and Oronike Odeleye , had called for a boycott of his songs, sharing the hashtag “Mute R. Kelly(Mute R. Kelly).

During the trial in New York, the victims had described the tactics used by the singer to attract very young women by using his celebrity, and with the complicity of those around him.

Many of them had met the star at concerts, after which they were slipped a little piece of paper with R. Kelly's contact details.

He would do something for their musical careers, they were promised.

< p>Instead, they were “indoctrinated” into R. Kelly's “squalid” milieu, forced into sexual intercourse and kept in this “system” by “coercive measures”, according to the prosecution.< /p>

The singer had managed to rise to the top of the music industry despite his tumultuous personal life, including his marriage – then canceled – with his 15-year-old protege, singer Aaliyah.

A. Kelly wrote and produced the late 2001 artist's debut album, Age Ain't Nothin' But A Number. ).