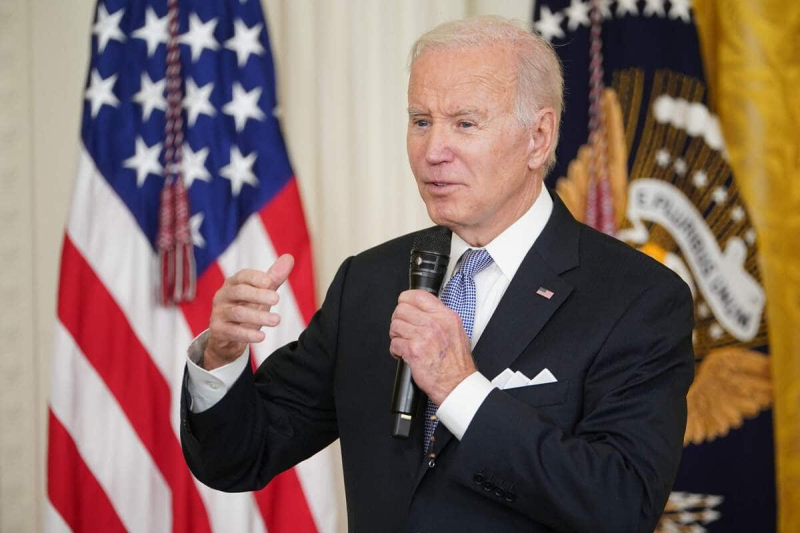 US justice found six additional confidential documents this week in Joe Biden's family residence, one more twist in an already very embarrassing case for the US president.

“The Ministry of Justice took possession of documents (…) entering into the framework of its investigation, including six elements consisting of documents” classified, during a search Friday in the house owned by the president in Wilmington, Delaware (east), Bob Bauer, his personal lawyer, said in a statement on Saturday.

Joe Biden's counsel specifies that the files in question correspond to two phases of the political life of the 80-year-old Democrat: on the one hand his long career of more than 30 years as a senator from Delaware, and on the other hand his function as vice-president of Barack Obama, between 2009 and 2017.

This new discovery adds to a series of revelations in dribs and drabs in recent days, which put the White House in a very delicate position.

Joe Biden, via his lawyers, already admitted on January 9 that confidential documents had been discovered as early as November in a think tank in Washington, where he had an office.

Then the Democratic president had recognized the January 12 that other sensitive files had been found in his Wilmington home.

However, a 1978 law obliges American presidents and vice-presidents to transmit all their emails, letters and other documents work at the National Archives.

The case is particularly embarrassing for the American president, who plans to declare himself a candidate for the presidential election of 2024.

He has, during a trip to California a few days ago, tried to play down the outcry over the discovery of these documents.

“Listen, we found some documents (. ..) that were stored in the wrong place, we immediately handed them over to the Archives and the Department of Justice,” the US president told reporters who questioned him on the subject.

“I have no regrets”, he had asserted.

His lawyers assure on the one hand that it is by “inadvertence” that the 46th president of the United States took away these sensitive files, and emphasize on the other hand that he cooperates fully with justice.

The objective of the White House is clear: to distinguish itself as much as possible from former President Donald Trump, who he has already launched a new race for the White House.

The billionaire is under investigation for having taken several boxes of official documents to his Florida residence.

If the two cases are not entirely comparable, the subject is nevertheless perilous for Joe Biden, who presents himself as a rigorous and rule-abiding president.

In the case of Donald Trump as in Joe Biden's case, the Justice Department, keen to avoid accusations of bias, handed the investigation of the classified documents to special prosecutors. & nbsp;