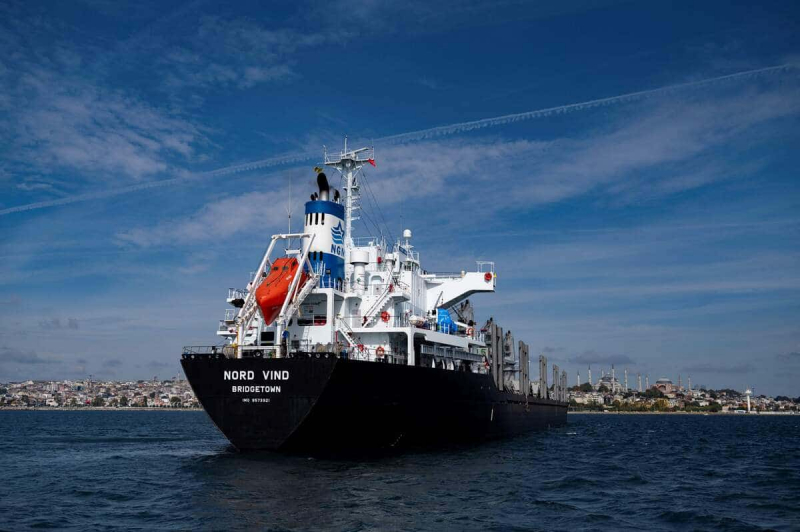 Six cargo ships loaded with grain left Ukrainian ports on Thursday morning after the resumption of traffic concluded the day before, the Turkish Defense Ministry announced.

The boats will use the secure humanitarian corridor in the Black Sea which has already allowed the export of 9.7 million tonnes of cereals and other agricultural products from Ukraine despite the conflict, thanks to the international agreement signed in July under the aegis of Turkey and the UN.

According to the Turkish Ministry of Defense quoted by the official Anadolu agency, 426 boats have already followed this safe route since August 1.

< p>Russia resumed its participation in the Ukrainian grain export deal on Wednesday, saying it had received “written guarantees” from Ukraine on the demilitarization of the maritime corridor.

The Turkish President Recep Tayyip Erdogan and his Ministers of Defense and Foreign Affairs, whose country is the guarantor of the ac cereal cord, crucial for the world's food supply, particularly in Africa and the Middle East, worked to overcome Russian objections to their counterparts.

Moscow had suspended its participation in the agreement on Friday after a drone strike on the annexed region of Crimea.