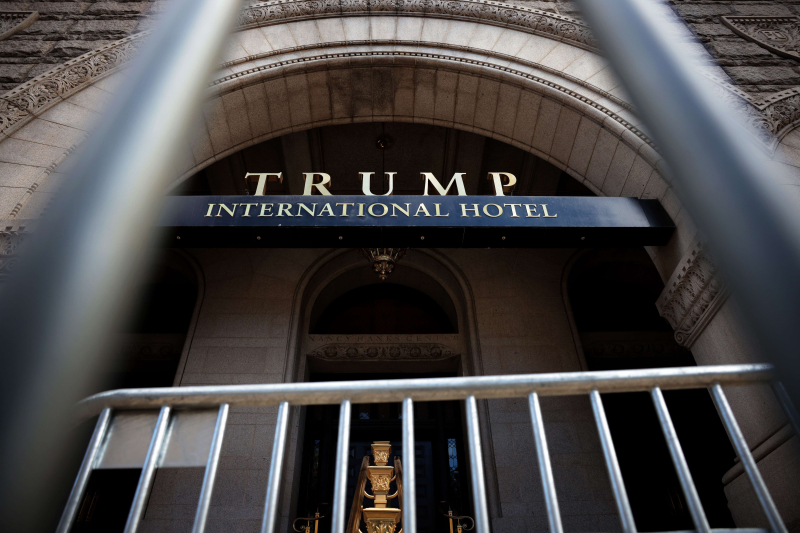 Gulf countries, China and Malaysia have spent more than $750,000 in the Washington hotel owned by Donald Trump during his presidency, according to documents released Monday by Congress.< /strong>

The Republican billionaire – who is expected to announce on Tuesday that he is running for a second term – had kept a hotel in his name located near the White House after his election in 2016.

He had been accused of “conflict of interest” because foreign delegations frequented him. After several twists and turns, the United States Supreme Court closed the case in January 2021, without the details of the costs being revealed.

But a House of Representatives commission, in the hands of the Democrats, recently obtained documents from the Mazars company which manages the accounts of the Trump Organization.

They show that “six countries have spent more than $750,000 at President Trump's hotel, paying up to $10,000 a night for luxurious rooms,” said elected official Carolyn Maloney, who heads the commission. “At the same time, they are trying to influence American foreign policy,” she added in a statement. Prime Minister Najib Razak and his entourage during a state visit, while he was the target of US judicial investigations for the embezzlement of billions of dollars from the sovereign wealth fund 1MDB, according to this document.

< p>In 2018, Qatari authorities spent more than $300,000 on this hotel ahead of a visit by Emir Tamim bin Hamad al Thani. And even China, whose relations with the United States are more tense, spent, via its embassy in Washington, nearly 20,000 dollars in this hotel in 2017, specifies the commission.

“In view of of these revelations,” Carolyn Maloney wrote to the National Archives for more documents, with the aim, according to her, of proposing a law governing the affairs of future presidents.