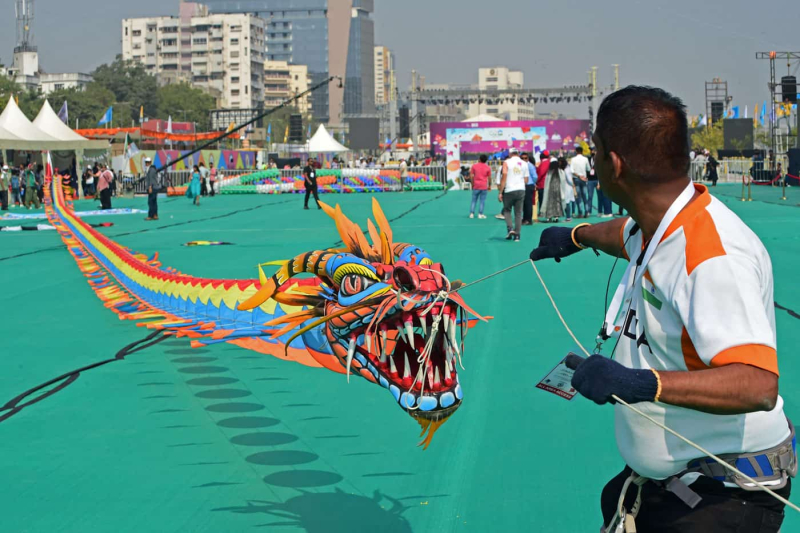 A popular kite festival turned tragic as six people, including three children, had their throats slit by kite strings in Gujarat, India.

Nearly 200 people were also injured last weekend due to cuts and falls while flying their kites during duels at the festival of Uttarayan, reports the Daily Mail.

Hundreds of participants were perched on their roofs or terraces to engage in the “fight” of kites. The object of the contest is to shoot down other kites in an aerial battle.

The strings of festival-goers' kites are sometimes reinforced with metal and glass powder. They become sharp enough to cut skin and even electrical wires.

Hundreds of kite strings were tangled around the necks of the six victims, again according to the Daily Mail.

A 2-year-old girl was with her father in the town of Bhavnagar when a kite string wrapped around his neck and slit his throat. Kirti died in hospital.

Another kid, Kismat, 3, was walking home with her mother in the town of Visnagar when her throat was slit by a deer's string -flying.

Rishabh Verma, 7, was killed in front of his parents after a kite string allegedly cut his throat in the city of Rajkot.

Police also said 130 people were also cut, while 46 others were injured when they fell as they flew their kite high.