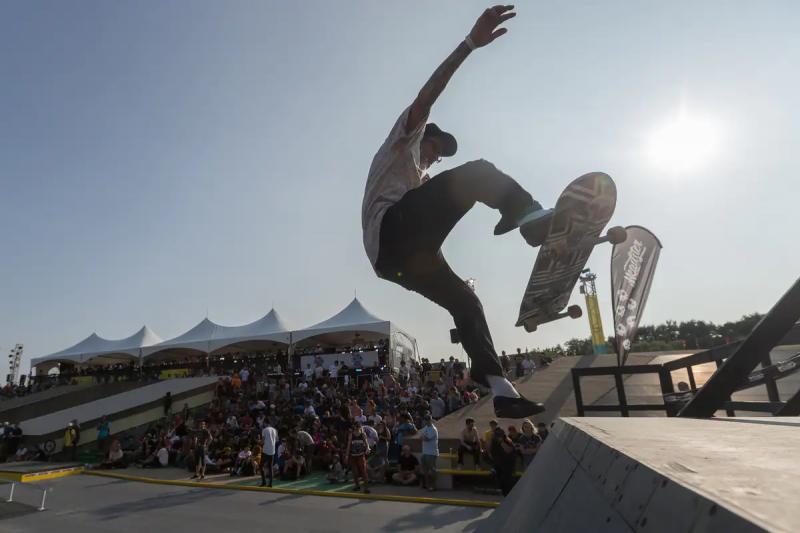 In their quest to live their passion to the fullest, it is not uncommon to see young Quebecers leave La Belle Province to settle in British Columbia and practice extreme sports extensively.

This is what Julien Gagnon, a skateboarding expert who was however passing through Montreal on the weekend to participate in the 10th edition of the Jackalope, did not miss a single times the event highlighting the promotion of certain extreme sports.

Now 29 years old, Gagnon moved to Western Canada a little over two years ago, more precisely at the very beginning of the pandemic, in 2020, where he lives the van life, that is to say exploring the world in a van fitted out especially to live there.

“We decided to pursue this life as an athlete. In the summer, I do skate camps for Evolve skate camp. I just finished my skate day camp season at the Whistler skatepark. We keep it sporty. We keep it a little travel, extreme sports, it suits our lifestyles.”

The native of Saint-Jean-sur-Richelieu left Quebec with his girlfriend after finishing his studies in secondary education. In the future, he would like to promote his sport to the young students he will teach.

“I really see a rise in popularity in the sport. We have young people in Whistler who practice.”

Never without their cat

Gagnon and his girlfriend do not travel alone. With them, their cat explores the west of the country. Even if it is a generally sedentary animal, Luna likes to travel. She also traveled from Vancouver to Montreal to follow her master, who is in action at the Jackalope.

“We came down from Vancouver to build our van in Saint-Georges-de-Beauce and there are kittens that were born in the field at the same time we were making that van. My girlfriend told me: 'It's the cat and me or nothing,'” Gagnon said, amused by the story.

“We drag him everywhere, it's become a little our little baby. It is a traveling cat and it brings life to a van. It's still a fairly closed place, a van, but it gives life and I think that's kind of what we're looking for, to have companions who accompany us on this adventure that is life. »