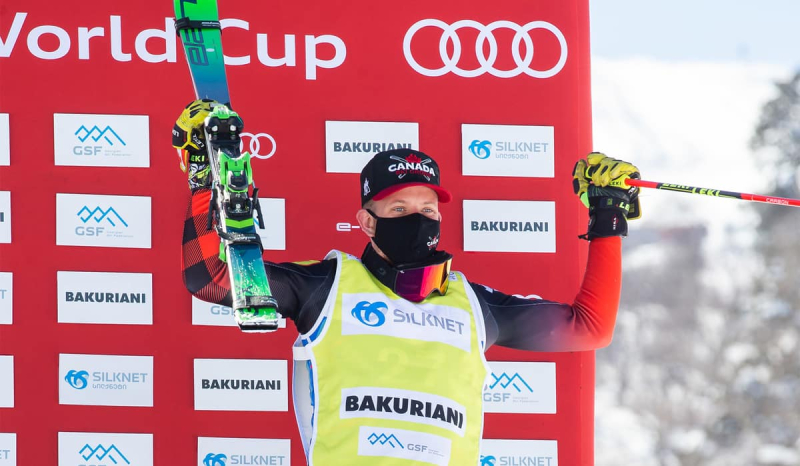 Jared Schmidt snuck in to the small final again on Sunday in Idre Fjäll, Sweden. This is the first time in his career that he has made it into the individual top 8 at two consecutive World Cups in ski cross.

The day before, the athlete from Mont -Tremblant finished fifth for its best result of the season. This time he finished sixth in the event won by his compatriot Reece Howden.

Jared Schmidt posted the fifth fastest time in qualifying earlier this week. He finished second to Austria's Mathias Graf in his first two races of the day on Sunday and then placed third in his semi-final heat.

In the small final, where the fifth place was at stake, Schmidt delivered a hot battle to Florian Wilmsmann. They both stretched their arms at the finish line and it was finally the German skier who had the upper hand.

Hannah Schmidt was stopped in the quarter-finals and finished 12th in the women's category. She finished third in her group behind eventual champion Sandra Naeslund of Sweden and Sonja Gigler of Austria. As in the men's event, the Canadian team was represented on the podium thanks to Marielle Thompson.

She won bronze by crossing the finish line behind Naeslund and Austria's Katrin Ofner.

The Megève World Cup which was scheduled for this week having been cancelled, Jared and Hannah Schmidt will be back on the circuit in mid-February, in Reiteralm, in Austria, where Sandra Naeslund will be able to write a new page in the history of sliding sports.

Despite his selection in the first round and his success in the minors, the Quebecer Jakob Pelletier will not have a straight pass with the Calgary Flames, word of Darryl Sutter.