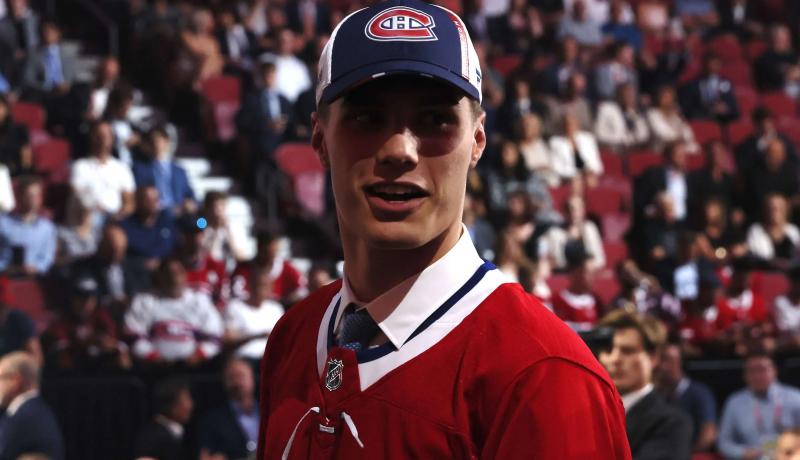 One week away from the Montreal Canadiens rookie camp, the Slovak wants to impress enough the staff of the formation of the Belle Province to obtain a leading role in the formation of Martin St-Louis during training camp and when the season begins. The 18-year-old athlete, however, has not established a specific plan with the leaders of the CH as to his progress.

“Camp starts next week and [the plan] will go from there. It's all a question of how ready I will be, explained the giant format forward, whose comments were echoed by Montreal Hockey Now, Tuesday in Pennsylvania, on the sidelines of a day of organized by the National Hockey League Players Association. Hopefully I'll be ready enough, we'll see.”

If Jeff Gorton, Kent Hughes and St- Louis judges that a stay in the American League, with the Laval Rocket, is the best option for the development of Slafkovsky, the main interested party will not oppose it, even if it is not his preferred option. /p>

The Canadian also benefits from this option since Slafkovsky comes from a European league, unlike players drafted from the junior ranks, who must return there if they are cut from their team, in the Bettman circuit.

“I try to do everything in my power to play in the NHL, but obviously I will do what Montreal tells me to do and what they believe will be best for me,” said added Slafkovsky.

The winger also wanted to acclimatize as best he could to the city of Montreal during the summer, he who spent most of his time there . He has even frequently rubbed shoulders with the club's current players, as well as other hopefuls.

“I was with Nick Suzuki a bit, I played a three-on-three match with Josh Anderson, but it was mainly us, the young people, who frequented each other. Guys like Filip Mesar, Kaiden Guhle, Arber Xhekaj, we even went to see a soccer game [of CF Montreal],” concluded Slafkovsky.