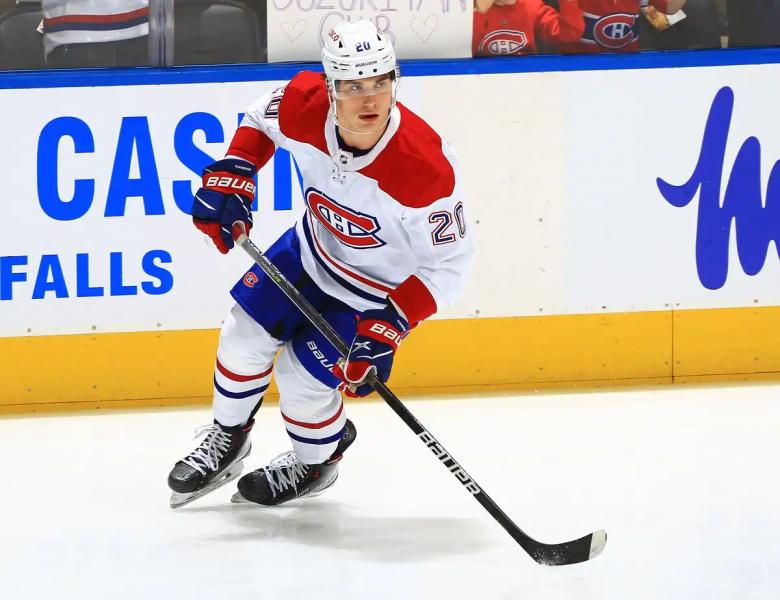 The Montreal Canadiens announced their final training camp cuts on Monday, and Juraj Slafkovksy is not among them.

Young Kaiden defensemen Guhle, Arber Xhekaj and Jordan Harris were also spared this wave of cuts, which means they will start the regular season with the Habs.

Rather, it was backs Justin Barron and Otto Leskinen, forwards Rafaël Harvey-Pinard and Jesse Ylonen as well as goalkeeper Cayden Primeau who were victims of the ax. They will all report to the Laval Rocket.

The Canadiens have traded the following players to the Laval Rocket:

The Canadiens have assigned the following players to the Laval Rocket:

It's only a matter of time before Logan Mailloux is sent back to his team in the Ontario Hockey League, the London Knights. The Habs have indicated that the former first-round selection is currently testing the condition of his shoulder, but that he will not be part of the 23-player roster.

Guhle and Xhekaj have been particularly impressive during the pre-season schedule. The former demonstrated his attacking flair by scoring three goals, while the latter struck terror into his opponents with his shoulder strikes and punches.

As for him, Slafkovsky took some time to get going, but showed good progress. The most recent first overall pick in the National League draft can also join the Rocket during the season if the Montreal staff feels the need.

Meanwhile, guard Johnathan Kovacevic, recently acquired from the Winnipeg Jets on waivers, was training with his new teammates on Monday morning and was wearing number 26.

On Monday, in training, head coach Martin St-Louis used combinations that differed somewhat from those deployed during the preparatory calendar.

Unsurprisingly, the talented Cole Caufield and Nick Suzuki shared the first unit with Josh Anderson. Veterans Mike Hoffman and Jonathan Drouin alternated on the right of the second line, completed by Kirby Dach and Sean Monahan. The young Slafkovsky, meanwhile, played with Christian Dvorak and Brendan Gallagher. Rem Pitlick and Jake Evans for their part played with Michael Pezzetta and Evgenii Dadonov, competing for the last position on the right of the fourth unit.

In the absence of Joel Edmundson, who still has not received the green light from the doctors, Jordan Harris was skating with David Savard. Xhekaj, Guhle and Chris Wideman took turns on the second pair. In the end, Mailloux and Kovacevic were confined to the third duo.