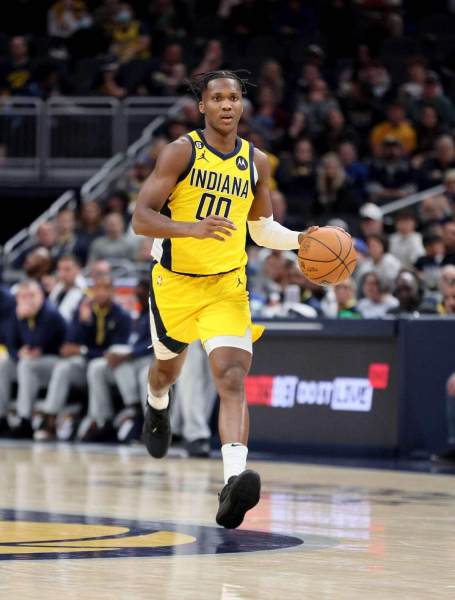 Used from the bench, Quebec's Bennedict Mathurin amassed 11 points in the Indiana Pacers' 127-117 win over the Washington Wizards on Friday night at Capital One Arena.

This is the lowest number of points for the sixth overall pick in the last NBA Draft since the start of the season.

< p>The Montreal native also collected two rebounds and as many assists in just over 23 minutes of play. He was the sixth most used player by head coach Rick Carlisle.

Jalen Smith and Buddy Hield led the Pacers with 27 and 25 points respectively. Tyrese Haliburton also stood out with 12 assists.

For the Wizards, Bradley Morris had 31 points, seven rebounds and four assists.

Mathurin and the Pacers will return to action on Saturday when they visit the Nets in Brooklyn.