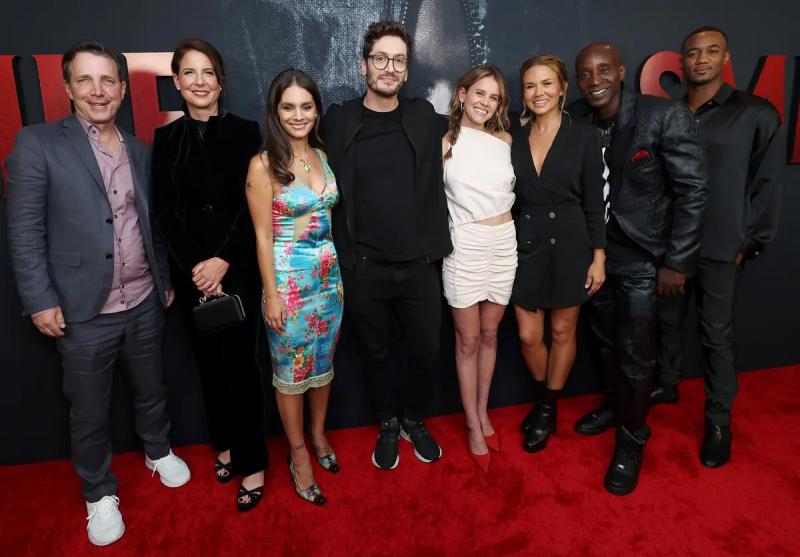 “Smile”, a Paramount production signed by director Parker Finn, collected $22 million in box office between Friday and Sunday, according to estimates by Exhibitor Relations.

The film tells the disturbing story of a therapist, played by Sosie Bacon — daughter of actors Kevin Bacon and Kyra Sedgwick — who begins to lose touch with reality after witnessing a horrific event involving a patient. /p>

“Smile” is in the lead ahead of another film with a disturbing script, “Don't Worry Darling” ($7.3 million). Olivia Wilde's film, which stars in it with Florence Pugh, Chris Pine and her boyfriend and pop star Harry Styles, topped last weekend.

A sort of harrowing “Truman Show” in 1950s America, “Don't Worry Darling” takes place in Victory, a small model town built in the middle of the desert by a mysterious businessman, where material well-being is guaranteed, but from which it is forbidden to leave.

“The Woman King”, a historical epic of female warriors from the kingdom of Dahomey (West Africa) in the 19th century, with Oscar-winning actress Viola Davis at the poster, slips this weekend to third place with 7 million dollars in revenue.

Then come “Bros”, a romantic comedy featuring a couple of men (4.8 million) , then Avatar (4.7 million), James Cameron's 2009 blockbuster rebroadcast ahead of the December release of the second installment, “Avatar: The Way of the Water.”