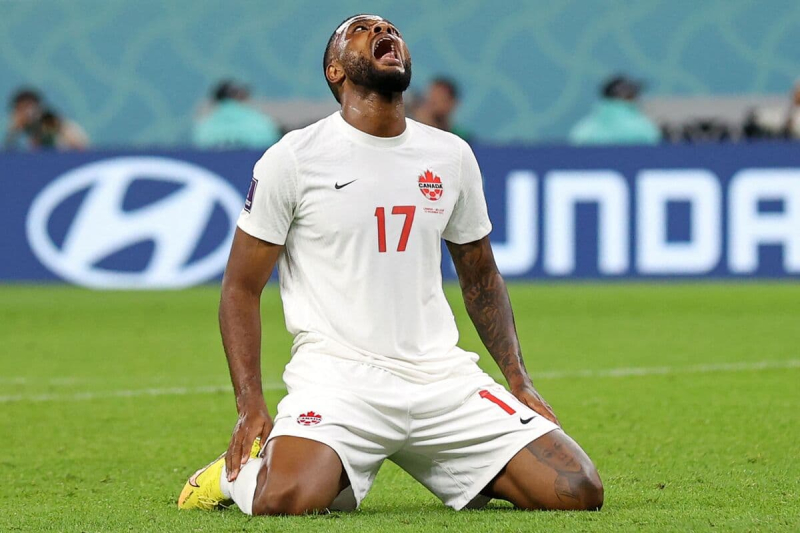 Canadian forward Cyle Larin is taking on a new challenge by starting a loan deal with Real Valladolid, a Spanish La Liga club and it's the first time the Ontarian has found himself in one of the four major European championships.

Since leaving North America and Orlando City SC, Larin has played mainly in Turkey, but also in Belgium. It was Club Brugge, the team of his compatriot Tajon Buchanan, which gave him the opportunity to continue the season in Spain.

“I didn't play much in Bruges, so I came here to play more and get back to scoring,” he explained on Wednesday during his presentation to the media in the city of Castile and Leon.

Larin was only used for 13 appearances in Brugge, where he scored just one goal. The 27-year-old enjoyed his heyday with Besiktas, one of the most prominent trick clubs, netting 39 in 108 appearances. The caliber will be even higher in Spain.

“I have always enjoyed facing challenges in my career,” he added. La Liga is one of the best leagues and I want to prove that I can play on the big circuits and with the best players.”

Like when he first came to prominence in Major League Soccer (MLS) with the 'Lions', Larin will once again wear a purple jersey. Let's say that Real Valladolid has been in the red lately, occupying 18th place in the standings.

One of Larin's missions will be to get his new club out of the relegation zone.

“I came to help the team. I know it is a little lower in the ranking. I know the atmosphere is good, the coaches too,” he said.

“Before arriving, I watched several games and I liked the style of play. I think it complements mine. I know that Real Valladolid has a great history,” continued the Canadian.

Several representatives of the maple leaf changed address after the World Cup in Qatar. Larin has a prolific international record and one of his long-term goals is to stay in manager John Herdman's good graces.

“Being in Qatar for my first World Cup was a great experience. . We played against the best teams on the planet. Several of the World Cup players also play in La Liga. I would like to participate again”, he revealed.

Larin could make his debut for Valladolid on Sunday against Valencia.