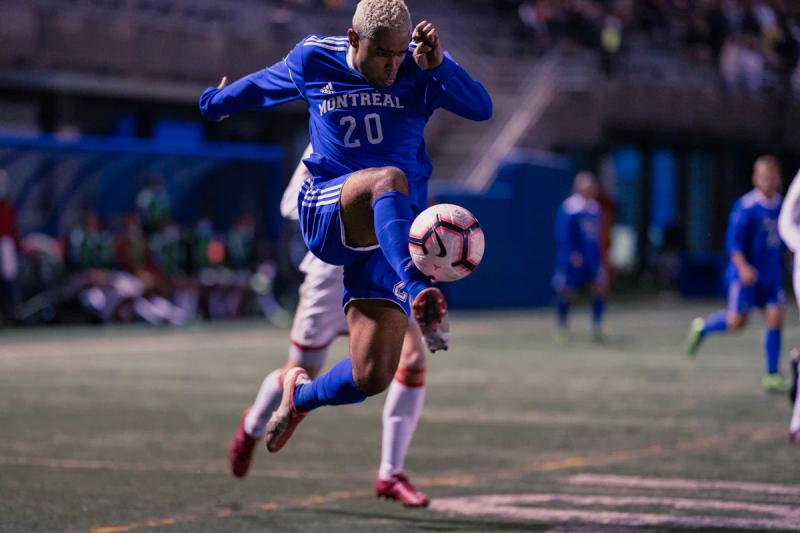 Finding a professional club for the Canadian Men's College Soccer Tour's Player of the Year shouldn't be too complex a task in normal times.

However, it was not easy to find the right team for the recipient of this distinction in 2021, Quebecer Guy-Frank Essomé Penda. However, we must not believe that there was no interest in the product of the Carabins of the University of Montreal, quite the contrary. Rather, it was a very special request from the player that made Marie L'Allier's task more complex.

“He is a very serious athlete with regard to his studies, indicated the agent and co-founder of AMA Sports Management. He did a master's degree [in computer engineering]. It was a bit of a mystery whether he wanted to make the jump to the pros. When I first approached him about it, he told me that his priority was to go to New Zealand!”

But why this country of Oceania? For love! Essomé Penda wanted to settle in the same place as his girlfriend, who will soon be starting a doctorate at the University of Auckland.

“I said to him: “Ok perfect, I'll see how I can t 'to help”. It was still quite a challenge, because I did not have a lot of contacts in this very distant corner of the planet,” said the trained lawyer.

Never mind, Marie L'Allier rose to the challenge brilliantly by finding the perfect place for her client: Auckland United FC.

Go on an adventure< /strong>

“It's pretty amazing what's happening to me. I am very grateful for the efforts Marie has made,” said Essome Penda, reached on the phone in New Zealand.

Arrived in Auckland about three weeks ago, the one the new club even helped land a day job as an engineer already started to establish his mark and found the back of the net once in two games.

Essomé Penda, who has played in the Premier League Soccer du Québec (PLSQ) in recent years, thinks he can do well in the New Zealand Premier League.

< p>“I don't have much experience here yet. But with what I've seen, I'd say it's stronger than the PLSQ and a little worse than the Canadian university championship.

“It's a level that is achievable for me. I am very excited. […] I will do everything I can to help the team win.”

Under contract until the end of the 2022 season, Essome Penda does not close the door on d more experiences like this for the rest of his career as a professional athlete.

“We have a plan, but I want to see what will happen to me here. I have decided not to set myself a specific goal for the moment. I want to see how far this opportunity will take me.”

In other words, Marie L'Allier might still have to work her magic.