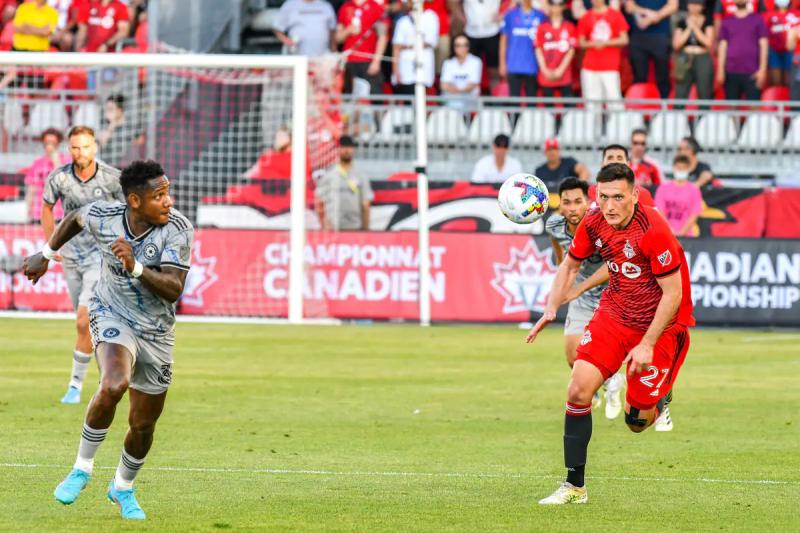 CF Montreal was unable to defend its Canadian championship title. On Wednesday at BMO Field, Wilfried Nancy's troops were beaten 4-0 by Toronto FC in the semi-finals of the Canadian Championship.

Ayo Akinola was the trigger for local favorites. He deftly redirected a pass from Luca Petrasso on a well-orchestrated 40th-minute climb to break the ice. Then, in the 53rd minute, he doubled the lead with a powerful shot that ricocheted off the crossbar before finding the back of the net.

From that point , the Montreal eleven no longer made the weight. An aggressive exit from James Pantemis, coupled with confusion in the penalty area, allowed Jesus Jimenez to easily push a ball into an abandoned goal in the 75th minute.

In the final, the Toronto team will face the Vancouver Whitecaps, of Major League Soccer (MLS), or York United FC, of the Canadian Premier League (PLC), who were to cross swords later in the evening.