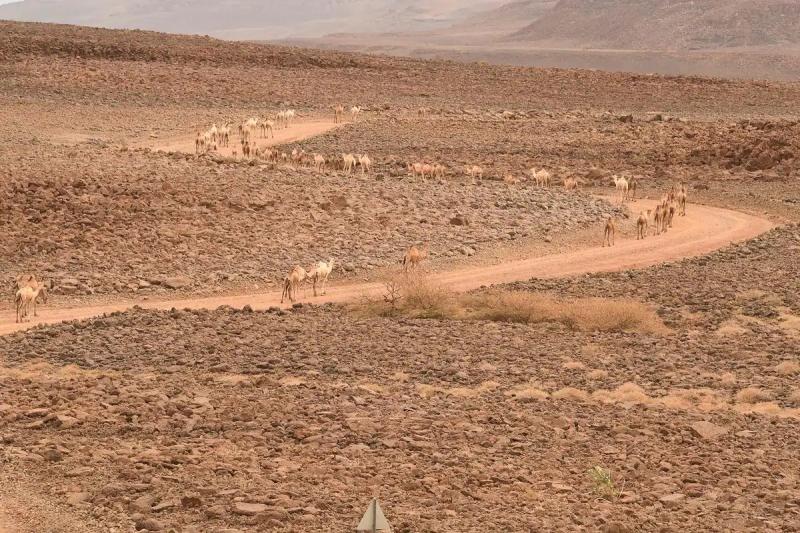 Five people were killed on Sunday in a car bomb attack targeting a well-known hotel in central Somalia, and claimed by radical Al-Shabaab Islamists, according to police and witnesses.&nbsp ;

The blast also injured 14 people and destroyed the hotel, as well as adjacent buildings in the town of Jowhar, about 90 kilometers north of Mogadishu, the Somali capital.

Police have said the attackers rammed a vehicle packed with explosives into the outer wall of the Nur-doob hotel, which is popular with local politicians.

“Fourteen other people were injured, some inside buildings that are not even close to the hotel,” he added.

Shabab, an Al-affiliated group Qaeda, which has been leading an insurgency against the Somali state for more than a decade, claimed responsibility for the attack in a statement posted on an Islamist propaganda site.

The insurgents, driven out of the country's main cities, including the capital Mogadishu in 2011 thanks to the intervention of an African Union force, the Amison, remain established in vast rural areas and retain a significant capacity for nuisance.

New Prime Minister Hamza Abdi Barre, appointed in June after general elections in the country, offered his condolences to the families of the victims and promised to help the injured.

According to police officer Mohamed Ali said the explosion “was the largest ever seen in Jowhar”.

Mahad Ibrahim, a resident of Jowhar, told AFP he saw shrapnel and clouds of smoke and dust in the sky.

“I have never seen such devastation. I saw corpses recovered from under the debris of the part of the hotel that collapsed,” he added, adding that the force of the shock wave tore the roof off his house. /p>

According to another witness, Abdirahman Shabelow, bystanders were injured by the debris of the explosion.

“I saw two civilians hit by shrapnel at some distance from the hotel (…) the explosion sent a powerful shock wave felt in all the houses of the city,” he said.