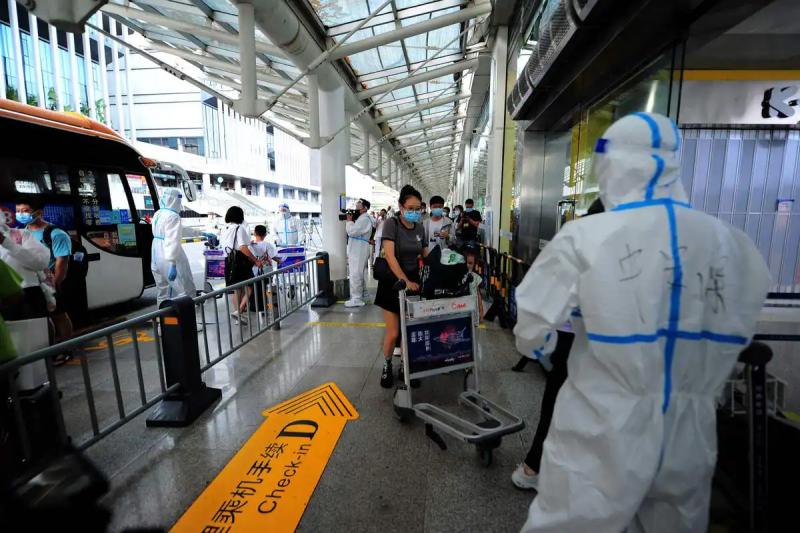 Some of the approximately 80,000 tourists stranded on the tropical island of Hainan (southern China) due to an outbreak of COVID will be able to leave in the coming days, but others will still have to wait , authorities said Tuesday.

Dubbed “Chinese Hawaii” and popular with surfers, the island is facing its worst rebound in cases in two years, with more than 1,500 people tested positive between August 1 and 9 in the seaside city of Sanya, according to official figures.

As a result, all flights from Hainan have been canceled, stranding tens of thousands of tourists there.

Local health authorities have indicated on Tuesday that “tourists on a package tour who are in areas where there have been no cases (…) will be allowed to leave after having had two negative tests in 48 hours”.

Travelers in areas with a low number of cases will be able to leave the island if they have tested negative three times in 72 hours and show no symptoms.

But those in areas with more cases will have to wait for the health situation to improve.

Hotels in Sanya must offer guests a 50% discount until restrictions are lifted, had authorities decreed on Saturday.

In the city, public places of entertainment such as spas, karaoke and bars have been closed since last week, but essential services such as supermarkets and pharmacies remain open.

Several matches of the Chinese football championship, scheduled for the next few days in Haikou, the island's capital, have been postponed indefinitely.

“Due to the repercussions of the epidemic in Haikou, some matches cannot be played as planned,” the Chinese Football Association said.

About a third of Chinese teams are currently in Haikou, having played other matches there, and will not be able to leave. for now, according to state media.

Chinese football has been greatly affected by the pandemic for the past two years, with most clubs having to play in empty stadiums due to health regulations.< /p>

China is the only major economy that continues to implement a zero-COVID strategy, imposing lockdowns and long quarantines that penalize local tourism.

The country's borders have been almost completely closed since the beginning of 2020, preventing the entry of most foreign visitors ers.