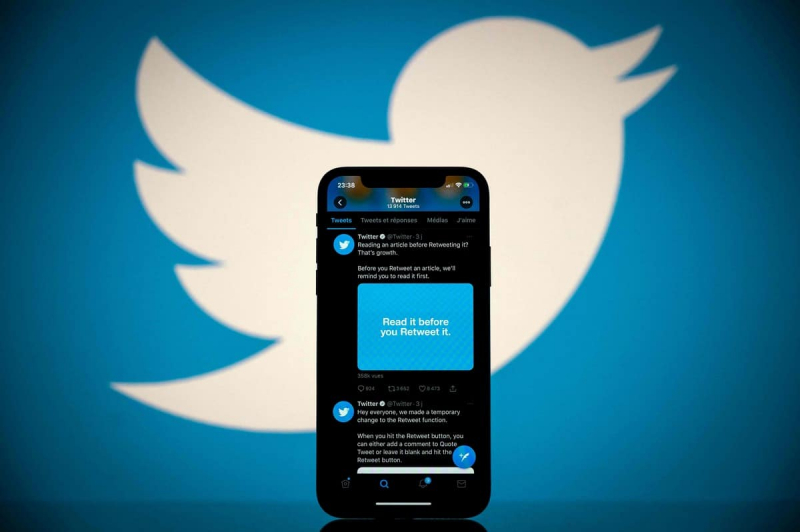 The social network Twitter, bought by the American entrepreneur Elon Musk, has conveyed messages that have been widely shared, sometimes even changing the course of history. Here are some of the most notable.

Twitter co-founder Jack Dorsey (@jack) posts the first tweet, “just setting up my twttr.”, before a first real message: “I invite my colleagues.”

just setting up my twttr

Astronaut Mike Massimo (@astro_mike) writes the first tweet since the space: “In orbit: the launch was brilliant!! I'm super fit, hard working & enjoy the beautiful landscapes, the adventure of a lifetime has begun”.

From orbit: Launch was awesome!! I am feeling great, working hard, & enjoying the magnificent views, the adventure of a lifetime has begun!

November 2010, Kate and William get married

The Prince of Wales is delighted to announce the engagement of Prince William to Miss Catherine Middleton – www.princeofwales.gov.uk

May 2011 raid against Bin Laden

Sohaib Athar, IT consultant in Pakistan tweets on the @ReallyVirtual account: “Helicopter hovering over Abbottabad at 1am (very unusual)”. Without knowing it, he is one of the first witnesses to report the American raid that led to the death of Osama bin Laden.

< p lang="fr" dir="ltr">Ten years ago, @ReallyVirtual chronicled the sounds of helicopters and explosions near his home in Abbottabad, Pakistan. Unknowingly he is the only one who livetweeted the assault on Bin Laden https://t.co/BPrO9mHrJb pic.twitter.com/VxZquDwwvb

On the evening of the presidential election, @BarackObama tweets “Four years more,” along with a photo of him hugging his wife Michelle. The message, used by several media to announce the election result, then became the most shared tweet in the history of the network.

Pope Benedict XVI introduces a millennial institution to the social network by creating the @pontifex account, then taken over by his successor François. “My dear friends, I am happy to connect with you via Twitter. Thank you for your generous reactions. I bless you all with great heart.

"Dear friends, I am pleased to get in touch with you through Twitter. Thank you for your generous response. I bless all of you from my heart.

The American intelligence agency launches its @cia account with humor: “We can neither confirm nor deny that this is our first tweet”.

We can neither confirm nor deny that this is our first tweet.

Internet user @joachimroncin launches the hashtag #JeSuisCharlie, accompanied by the logo in white letters on a black background, which will become an international slogan to show support for the victims of the attack on the weekly Charlie Hebdo.

The message and the image are free of any use, however I would regret any commercial use . #Jesuischarlie

American actress Alyssa Milano publishes a message on her account @Alyssa_Milano inviting women victims of sexual harassment to testify: “If you have been harassed or sexually assaulted, write “me too” in response to this tweet”. This keyword, created in 2006, but fallen into oblivion, frees the voice of women, in the wake of the Weinstein affair.

If you've been sexually harassed or assaulted write 'me too' as a reply to this tweet. pic.twitter.com/k2oeCiUf9n

August 29, 2020, a tweet announces the death of the American actor Chadwick Boseman on his account @chadwickboseman. Died at the age of 43 from colon cancer, Boseman is the first black person to have played a Marvel superhero on screen, in “Black Panther”. This tweet remains the most liked in the history of the social network.

With his account @realDonaldTrump, the former American president communicated directly with his 88 million subscribers, regularly arousing heated controversy. On January 8, two days after the invasion of the Capitol by his supporters who contest the election of Joe Biden, Twitter decides to ban him in the face of “the risk of further incitement to violence”. In his final tweet, Trump said, “To everyone who asked, I will not be attending the Inauguration on January 20.”

One ​​of the tweets Trump was permanently banned for was “To all of those who have asked, I will not be going to the Inauguration on January 20th.” because Twitter read from that an incitement to violence. https://t.co/CMi9LNFbyC

October 27, 2022, Elon Musk formalizes the takeover of Twitter by posting on his account @elonmusk: “the bird is released”. The entrepreneur, who has hit the headlines several times with controversial tweets, presents himself as an ardent defender of freedom of expression and wishes to relax the moderation of content.

the bird is freed