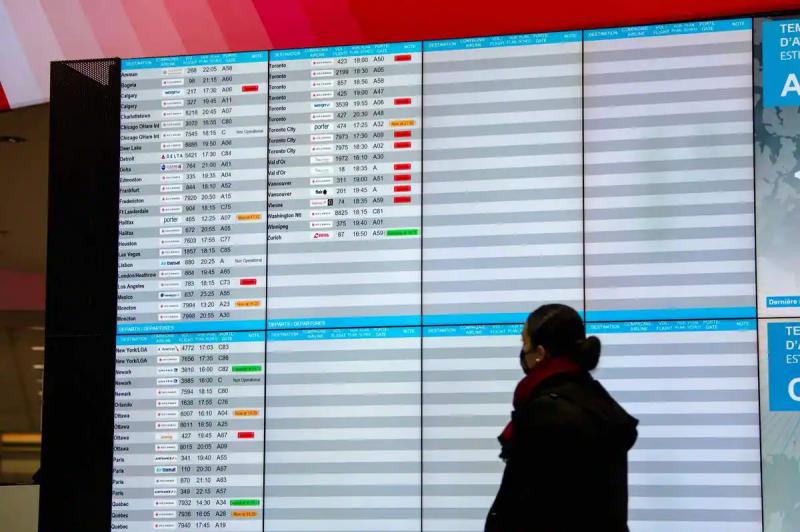 As of September 30, travelers will no longer need to use the ArriveCAN app when traveling internationally.

These measures technically expire on September 30, so Justin Trudeau would not renew the executive order that imposes requirements at the Canadian border.

Travellers are already looking forward to it

“I'm tired of all the measures that are in place,” said a traveler met by our journalist Véronique Lauzon at Pierre Elliott Trudeau airport.

Many voices were raised this summer against the continued use of the ArriveCAN application, on which travelers must record their vaccination status and some information about their health before arriving at Canadian customs.

< p> “ArriveCan is a lot of trouble,” said another traveler. “It's not a good invention.”

The federal government is once again in the process of lifting some of the measures in place at airports.

Moreover, random COVID-19 testing at borders for travelers could also be eliminated on September 30.

“There were a lot of things to check for travel,” explains a traveler we met at the airport. “So much the better if we can get rid of it.”

What will happen to wearing the mask?

The National Airlines Council of Canada would like masks to be dropped on planes, but opinion is divided on this measure.

“I said to myself that if they ever remove the obligation, I was going to wear it anyway”, explains a lady waiting to check in her luggage. “There are also flus and other viruses that spread on planes.”

For another traveler, it would be a relief not to have to carry the mask.

“I'm not going to keep wearing it,” she said. “On planes, you already feel claustrophobic and with the mask I felt even more taken.”

The changes to the Canadian border should be officially announced by the federal government at the beginning of the week.