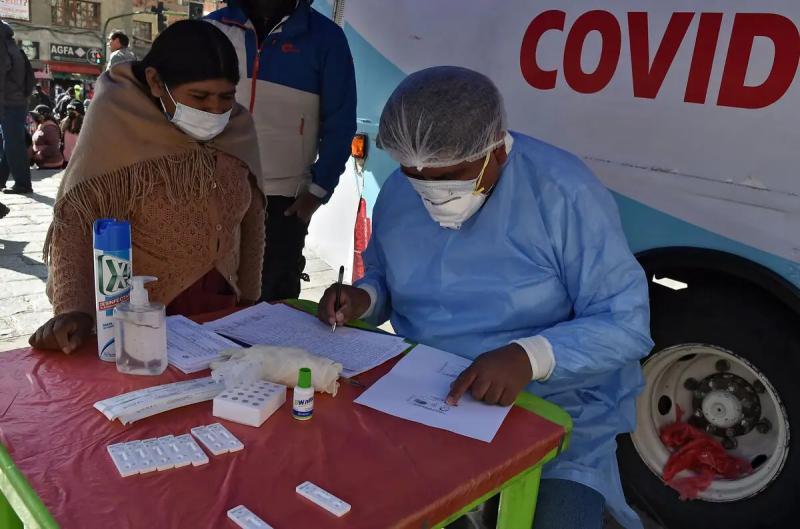 The world has never been better positioned to end the COVID-19 pandemic, which has killed millions since late 2019, the organization's boss said on Wednesday. world health.

“Last week, the number of weekly deaths from COVID-19 fell to the lowest since March 2020. We have never been in a better position to end the pandemic,” said Dr. Tedros Adhanom Ghebreyesus. during a press briefing in Geneva.

He warned, however, “We are not there yet, but the end is at hand”.

“Someone who runs a marathon does not stop when he sees the finish line. He runs faster, with all the energy he has left. And so are we,” said the WHO chief.

We can all see the finish line, we are on the way to winning but it really would be the worst time to stop racing,” he insisted.

< p>According to the latest epidemiological report on Covid-19 released after the press conference by the WHO, the number of cases fell by 28% during the week of September 5 to 11 compared to the previous week to some 3.1 million. new infections declared.

The number of infections is without much higher doubt, in particular because mild cases are not necessarily declared, but also because many countries have more or less dismantled their testing capacity.

A study by the organization based on projections and assessments published in May reported 13 to almost 17 million additional deaths from Covid by the end of 2021.

The official figure and just over 6.4 million deaths from COVID-19 since the start of the pandemic until mid-September.

As Dr. Tedros launched his message of hope, the WHO published six guides for Member States to enable them to quickly put behind them this health crisis which has also cost trillions of euros in term of growth, paralyzed entire swaths of the global economy for many months and laid bare the inequalities in the world, particularly in terms of vaccination.

Rich countries have monopolized the available doses and in many poor countries vaccination rates are still insufficient.

These recommendations “are an urgent call on governments to take a serious look at their policies, to strengthen them against COVID-19 and future pathogens that could have the potential to cause a pandemic,” said the head of the UN organization.

Among these recommendations, messages that the WHO has been repeating for almost 2 years and the arrival of vaccines: vaccinate 100% of vulnerable people and health personnel, continue testing and gene sequencing programs , which notably makes it possible to track new and potentially dangerous variants.

“We can end this pandemic together, but only if countries, companies, communities and individuals step up and seize the opportunity,” hammered Dr. Tedros.

“We we are still dealing with a virus that mutates and evolves easily and that i have proven more than once in the past two years that they know how to adapt,” he insisted.