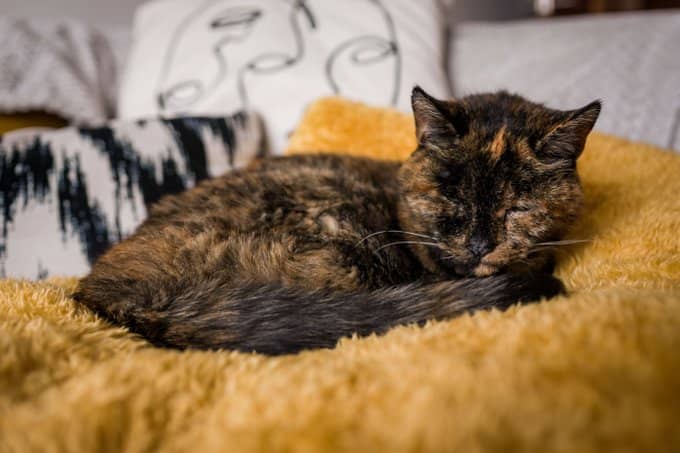 Do you dream of living to be 120? It's a feat achieved by Flossie, a British cat, who has just broken the Guinness record for the oldest cat in the world.

The healthy one, despite being deaf and blind, is 26 years and 329 days old, which is 120 years for humans.

“I always knew she was special,” says Vicki Green, who adopted the old cat from a humane organization in August. She is so affectionate and mischievous. You forget how old she is.”

Flossie has been through a lot since she was born in 1995. She was cared for by a healthcare worker after living on the streets in the first months of its life.

Its first owner died after 10 years. She was then cared for by the latter's sister, who died 14 years later. She lived for 3 years with the son of her second owner before being entrusted to an organization.

The record for the oldest feline to have lived is held by Cream Puff, a Texas cat who died in 2005 at the age of 38.

The world's oldest cat (named Creme Puff) lived to be 38. Her owner speculates that her long life was due to her unusual diet – bacon, eggs, and coffee with heavy cream. pic.twitter.com/JUAVA0iYls