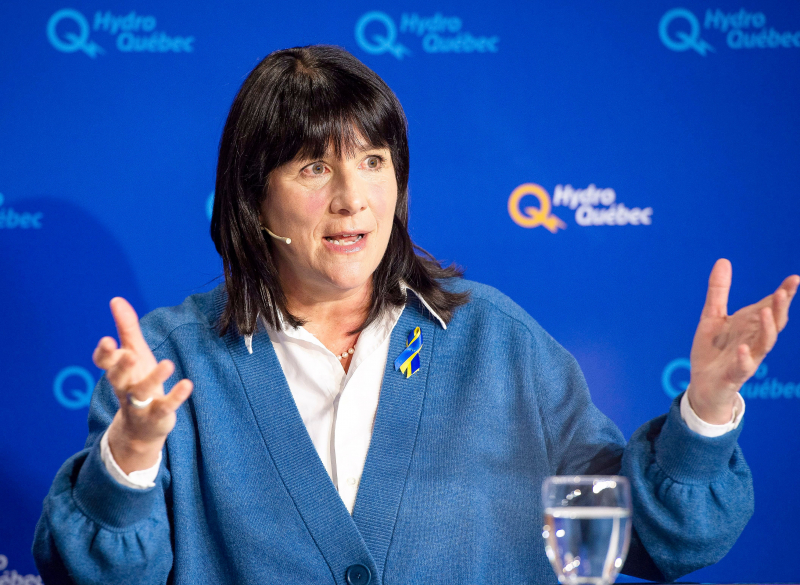 While the arrival of Pierre Fitzgibbon at Energy sparks fire at Hydro-Québec, a private firm sells training from its CEO Sophie Brochu for $695 + taxes, to help women break into the glass ceiling in business.

“Discovering one's hard core”, “Revealing oneself in contact with others”, “Looking up”, “Contributing to greater than oneself”… these are the four objectives of his training prepared for L'Effet A, an initiative co-founded by Isabelle Hudon in 2015 to help women leaders establish themselves in business.

“The masterclass “The 30-Day Effect with Sophie Brochu: refocusing to see far” is an intensive training that allows them to project themselves into the rest of their career thanks to a solid knowledge of themselves”, we illustrate.

When asked about this, Hydro-Québec specified that it was a volunteer activity and that its number one had not been paid for the training provided to L'Effet A.

In addition, the video clips were produced on weekends. It should also be noted that the exercise has been validated by the Secretariat for Higher Employment.

“This organization is completely independent of Hydro-Québec. Sophie [Brochu] has been involved with L'Effet A since 2015 in order to give back to the community and multiply her impact with women managers,” explained Philippe Archambault, Head, Media and Government Affairs, at Hydro-Québec.

Yesterday, when Le Journal asked the general manager of L'Effet A, Isabelle Marquis, if she also planned to offer the training at a discount for those who have less money, she spontaneously welcomed the idea.

< p>“We are considering offering places to directors of a non-profit organization,” replied the leader, involved in her community.

“It could be at reduced prices or even free” , she launched.

For Marie-Soleil Tremblay, researcher at the Center for Research on Governance at the National School of Public Administration, who has already volunteered at L'Effet A, it is essential that women of Sophie Brochu's caliber can continue to inspire the new generation.

“You have to be careful to put them in bubbles where they can't do anything else”, she concludes.

– With the collaboration of Marie Christine Trottier