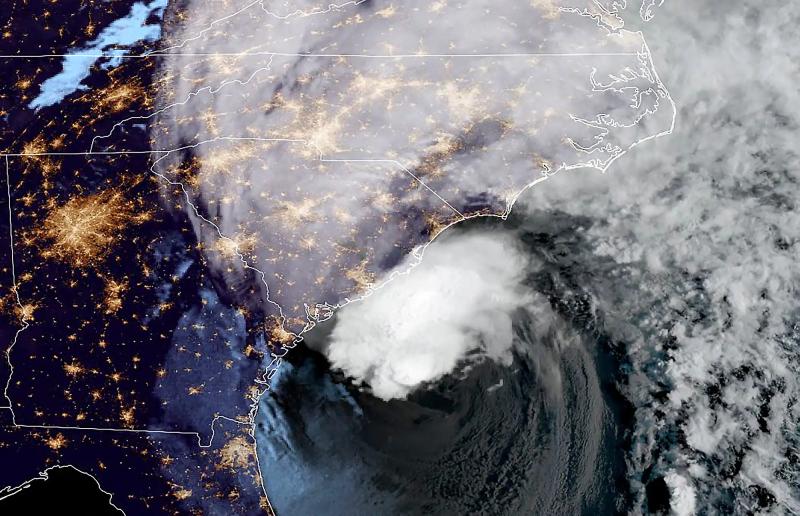 The exodus to the South is part of us, like maple syrup, the leaves that change color in the fall and our snowstorms that impress everyone on the planet, except the Russians who are used to all miseries. “Tomorrow, winter, I don’t care. I'm going south in the sun. »: that should be our national anthem!

The surge of Hurricane Ianhas just reminded us that we will have to be more careful by “dipping our toes in the soft sand”, to paraphrase Robert Charlebois, who did not suspect, fifty-five years ago, that our vacation plans could be, in just a few hours, also violently ransacked.

These are, to us in North America, hurricanes, elsewhere, cyclones or typhoons, but they are essentially huge wind and rain machines powered by hot water and air from the ocean.

Overturned trailers, houses torn from their foundations, boats piled up in the streets of Fort Myers: this is what peak winds of 240 km/h cause! However, as I have seen so many other times in my career – during the unleashing of hurricanes Gustav, Rita and Katrina, for example – the rising waters pushed by Ian,< /em> coupled with torrential rains, is looming to be, in Florida and along the Atlantic coast, even more devastating and deadly.

In New Orleans in 2005, the passage of the Hurricane Katrinakilled more than 1,800 people. However, the main culprits had not been the winds that had tossed us around for hours. I rather saw the next day and in the days that followed the waters of the Gulf of Mexico added to those of Lake Pontchartrain invade the most vulnerable neighborhoods of the great Louisiana city.

A reality that will not only get worse according to the specialists, because climate change – again – contributes to a constant rise in sea levels.

THE PRICE OF INACTION

Experts have calculated that since 1880 sea and ocean levels have risen, on average, by 20 to 23 cm, with two-thirds of this rise beginning in the late 1990s.

And according to a group of UN experts, this level should jump more than one meter by 2100. Hello damage!

All of this is expensive. In human lives, certainly. And in devastation of all kinds. In 2021 alone, for the twenty worst climate disasters the United States has seen, the Oceanic and Atmospheric Observation Agency put the bill at $145 billion. For 2021 alone!

Over five years, the United States has had to absorb nearly $750 billion in damages from these disasters. We can continue to act as if nothing had happened, but “nothing” has never been so expensive.

Climate disasters, getting worse and worse

THE MOST COSTLY HURRICANE IN THE HISTORY

It is too early to draw conclusions from the surge of hurricane Ian, but initial estimates range from $47 billion to $100 billion.