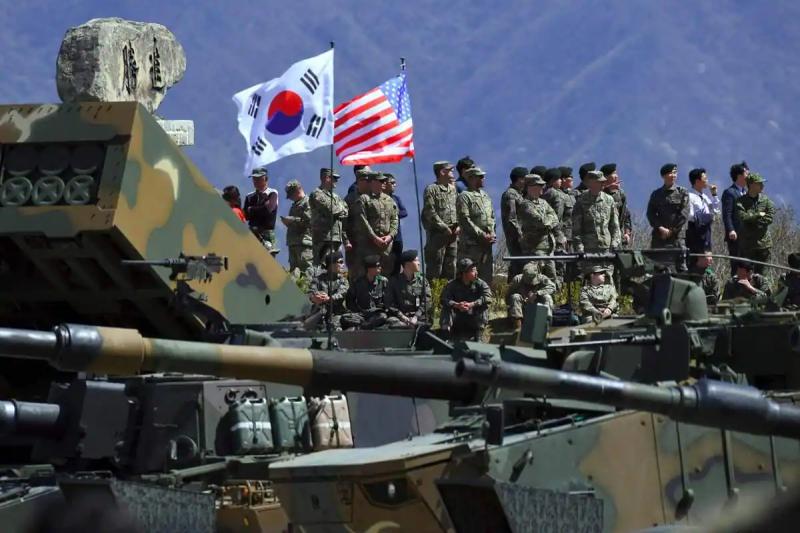 South Korea and the United States have launched four surface-to-surface missiles towards the Sea of ​​Japan, the South Korean military said on Wednesday, after a series of fire by South Korea North.

According to the South Korean General Staff, the South Korean and American armies each fired two tactical missiles at simulated targets. On Tuesday, the air forces of the two allied countries had already carried out a bombing exercise on a target in the Yellow Sea.

The spokesman for the American National Security Council John Kirby, interviewed by the CNN channel, indicated that it was to “respond to provocations from the North, to make sure we can demonstrate our own capabilities” and “to make sure we have the military capabilities ready”.

He did not, however, did not directly confirm the shots, and did not provide further details.

“It doesn't have to come to that. We have made it clear to Kim Jong Un that we are ready to sit down at the table without preconditions,” he added.

North Korea, which has revised its legislation to make 'irreversible' its status as a nuclear power, this year stepped up its firing and launched an intercontinental ballistic missile (ICBM) for the first time since 2017.

Pyongyang on Tuesday fired a ranged ballistic missile intermediary (IRBM) which flew over Japan, which led Tokyo to activate its warning system and to ask the inhabitants of certain regions to take shelter.

The Secretary General of the Antonio Guterres denounced an “escalation” and called on Pyongyang “to resume dialogue” in order to achieve “complete and verifiable denuclearization of the Korean peninsula”.

South Korean President Yoon Suk- yeol for his part deplored a “provocation” violating “clearly the universal principles and the standards of the United Nations”, and t ordered “a firm answer”.