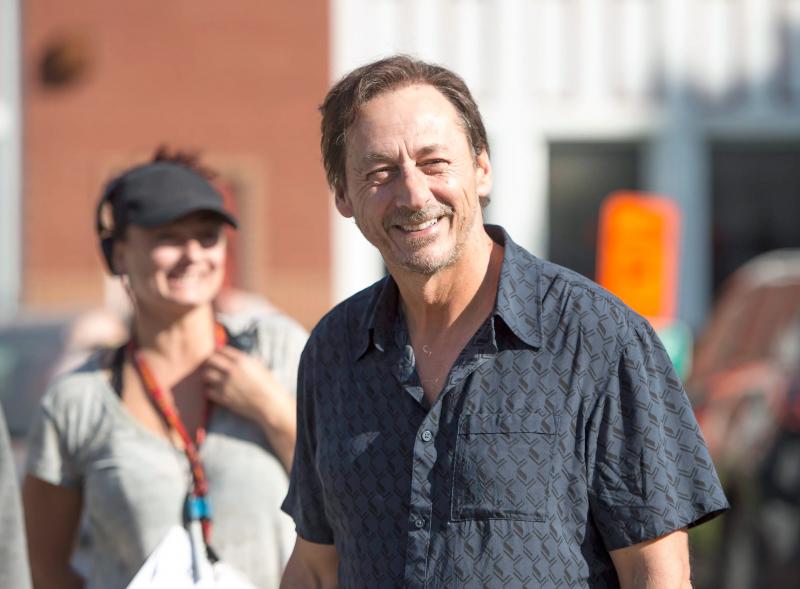 At 36 years, in the shoes of fisherman Noum Guité, 25 years ago, in the series L'ombre de the hawk, alongside “the wolf ” Isabel Richer who would become the mother of her son, the actor Henri Picard. Two years later, in 1999, Luc was crowned best actor at the Gala Métrostar for this role.

Luc Picard (right) alongside Michel Chartrand whom he played in the TV series Chartrand et Simonne. The actor managed to personify the colorful character during his lifetime, in a series shot by the son of the famous trade unionist, Michel Chartrand. He also received several awards for his acting.

The rope around his neck

In the film by the late Pierre Falardeau ,February 15, 1839, released in 2001. Luc, in the skin of the patriot Chevalier de Lorimier who preferred death rather than denying his convictions. The shooting of the film was a great victory, after its financing difficulties due to its political subject, followed by a struggle to raise funds.

In the film Moïse: The Roch Thériault Affair, Luc Picard brilliantly took up the challenge of becoming a sadistic guru of the infamous sect , alongside Isabelle Blais and Isabelle Cyr. In 2003, he won the best actor award for his performance at the Canadian Genie Awards.

In 2005, Luc Picard received the Iris d'or at the Montreal Film Festival for his film L'audition, which he had written and directed in addition to playing the main character of Louis which earned him two acting awards. Quite a feat!