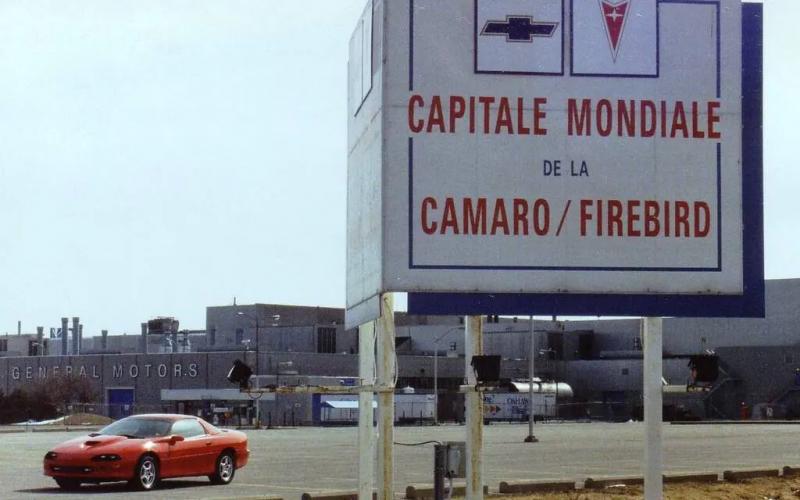 A few more weeks and we will celebrate the 20th anniversary of the closure of the General Motors (GM) plant in Sainte-Thérèse. A factory that had an excellent reputation, but which at the turn of the 2000s, manufactured a car that was now unpopular and which had to deal with multiple union disputes. It was therefore on August 28, 2002 that GM unfortunately put the key in the door, thus putting an end to automobile manufacturing in Quebec.

Naturally, I am much too young to remember the opening of the GM plant in Sainte-Thérèse, which took place 10 years before I was born. In 35 years of existence, this factory has produced countless models, from disappointing to certainly memorable. Biscayne and Impala models were first manufactured there in 1967, before launching into the manufacture of compact models (Vega, Astra, Monza, Starfire and Skyhawk). The Pontiac LeMans then passed through from 1978 to 1981, while the Bonneville, Cutlass Supreme and Grand Prix models remained there until 1986-1987.

The plant was then retooled to accommodate the manufacture of Model A's, i.e. the Chevrolet Celebrity and Oldsmobile Cutlass Ciera. Temporarily closed in 1991 and 1992, the plant was finally transformed again to accommodate the F models. In short, the fourth generation of the Chevrolet Camaro and Pontiac Firebird, which were to be phenomenally successful when they arrived.

At the age of 15 and already very passionate about automobiles, I learned that the Camaros would be manufactured in Quebec. Ironically, through the mouth of a Hyundai salesman who mentioned to my mother that the Sonata was also made in Quebec (of course, not knowing that the Hyundai plant located in Bromont was going to close its doors a few weeks later… ).

As usual, at the time, I obtained the magazines Road & Track, Motor Trend and Automobile Magazine, to know everything about the latest news. Camaros/Firebirds were the subject of monthly columns at the time, although Motor Trend had at the time (in 1993) named the Ford Probe as Car of the Year. One day, my father, who had absolutely no interest in automobiles, told me that he managed to get us to leave Iberville (where we lived) and go to Sainte-Thérèse to visit the Camaro/Firebird manufacturing plant.

I still remember the moment when, in his little Dodge Colt 200, we took the elevated highway fork, which allowed us to have a superb view of the gigantic factory parking lot where there were hundreds of Camaros and Firebirds, as well as other GM products. Impressed you say? I was like in a dream. I had never been so close to a car manufacturing plant which, in addition, assembled models that bordered on exoticism in my eyes.

We were in the spring of 1993. Even today, do not ask me how the father had managed so that we could visit the factory, since it was not a guided tour. There was only my father and me, with an attendant serving as our guide. As far as I can remember, I was impressed by the very rapid evolution of the manufacturing process, by the beauty of the installations as well as by the history of this factory. Because in the different corridors, you could see posters of the different models that had been built there, as well as old printed advertisements. Also in the factory was an old Chevrolet (probably a first production Biscayne or Impala), highlighting the history of the place. Time obliges, unfortunately I have no photograph of this memorable day.

The most beautiful surprise of this visit would however be at the end of the route, when the cover had been lifted covering a convertible version of the 1994 Camaro. An unpainted car without a passenger compartment, which undoubtedly served as a mule in sight of future production. To date, I hadn't read anything in the magazines about the convertible version, which of course would see the light of day the following year. To be honest, my English was non-existent at that time, which is why I also got the magazine Le Monde de l'Auto, which I had the advantage of being able to read! That said, this image of a pseudo shell of a future 1994 Camaro is still etched in my memory to this day.

Clearly, time flies. Too fast. As proof, the Old Cars of Granby welcome this weekend a few thousand vehicles, which will probably include a handful of these Camaros and Firebirds qualifying today as antique vehicles. And just before going to the event, I will stop by as usual to pick up some supplies at the Costco store in Boisbriand, where ironically this famous factory was located.