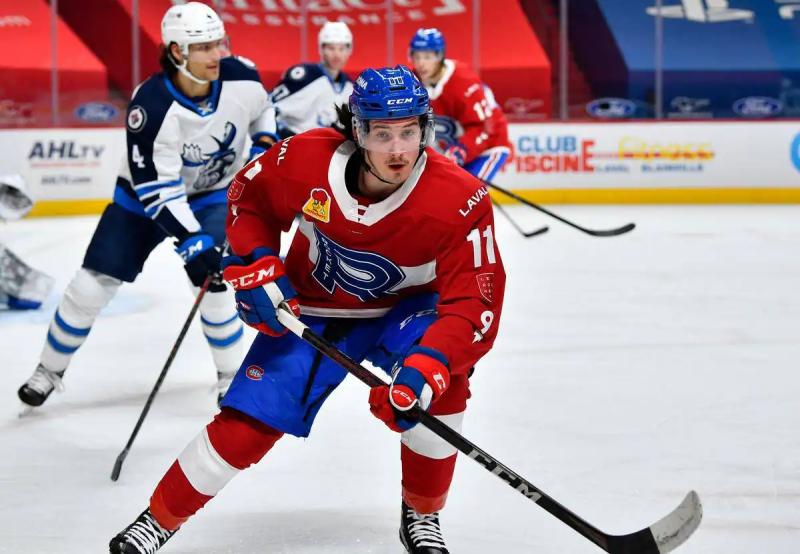 The Canadian is consistent with its recovery plan. Five rookies are part of his roster of 23 players for the start of the season.

Four of them are defensemen, including Johnathan Kovacevic, acquired on waivers from the Jets of Winnipeg. Two of these players will be assigned to the Laval Rocket when Joel Edmundson and Mike Matheson are able to play.

It can be taken for granted that Kaiden Guhle will not be one. The Habs' first draft pick in 2020 showed during training camp that he is capable of playing in the National League this year.

Jordan Harris leaves with a head start on Arber Xhekaj, but Xhekaj's strength of character and fiery temper could allow him to mix the cards.

Slafkovsky had to stay

As for Juraj Slafkovsky, it would have been disappointing if he hadn't started the season in Montreal.

A stay at Laval would not have been and would not be the end of the world if the situation were to require it. But his status as first choice of the 2022 vintage gave him an advantage.

It's now up to him to progress.

The 18-year-old young man would silence a lot of people if he succeeded to stay the whole winter with the big club.

This would be a source of joy for the organization and its supporters.

Fans want to be able to live in hope during this period of reconstruction. Nick Suzuki and Cole Caufield have earned their trust, but they would love to see one or two more youngsters break into the Habs this season.

That would set the stage for the next few years.

The future is in the future, as the late Larry Chiasson, who was the Expos' first director of media relations, sweetly said.

In another vein, we will have to see how Martin St-Louis will compose with Jonathan Drouin, Joel Armia, Mike Hoffman, Evgenii Dadonov, four players at the crossroads.

This is where we will be able to judge the power of the young coach.

If those four players don't get the job done and St. Louis is true to himself, he won't last too long.

All eyes are on Drouin, a local guy who has left everyone hungry since his arrival in Montreal.

Can we still believe in Drouin?

Let's put aside the injuries that have mortgaged his last three seasons.

We hoped that Dominique Ducharme, who had managed him with the Halifax Mooseheads, had an ascendancy over him.

The desired impact has not taken place.

Now, if Drouin is as happy as he says he can play under St-Louis, let him demonstrate.

His coach will give him a chance, but he will have to push the pedal to the floor and deploy more aggressiveness throughout his game.

And not just in Montreal…