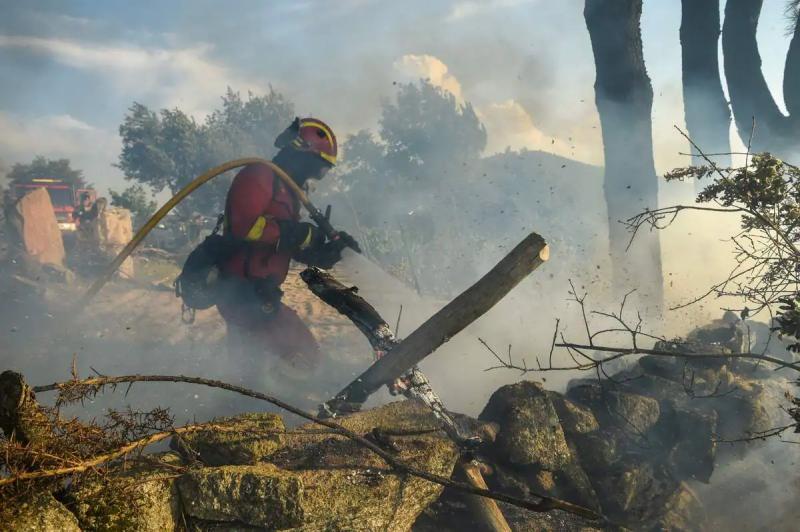 In Spain, the territories affected this summer by the big fires – more than 500 hectares burned – will be declared in a state of natural “disaster”, a status which should unlock aid for the affected inhabitants announced on Monday Prime Minister Pedro Sánchez.

The head of government, during a visit to Bejís, in the region of Valencia (east), thus affirmed that the declaration of “the state of natural disaster in the territories devastated by the great fires since the beginning of the year” would be submitted for approval on Tuesday.

Bejís was affected last week by a gigantic fire which was finally brought under control after ravaging more than 17,500 hectares of forest, according to data from the program's satellites. European Copernicus, and led to the evacuation of 2200 people.

Sanchez deplored the “psychological blow for many residents (…) represented by the loss of personal effects and heritage assets”, as well as “the biodiversity lost” in the fires.

< p> “Unfortunately, what science tells us is that these next summers are going to have even higher temperatures. We are therefore facing a climate emergency,” said the Prime Minister.

The state of natural disaster allows the State to deploy a series of measures after a disaster, in particular through economic aid to individuals for damage to their homes, compensation granted to town halls for extraordinary expenses or subsidies to repair the infrastructure, etc.

Since the beginning of the year, Spain has experienced almost 400 forest fires that have destroyed 287,000 hectares, according to the European Forest Fire Information System (EFFIS), i.e. more than three times more than in 2021.

< p>Neighbouring Portugal, which was on fire alert on Monday, saw 94,000 hectares burnt in 2022, the largest area since the 2017 fires that killed around 100 people, according to the latest report from the Institute for the Conservation of Nature and Forests (ICNF).

Weather extreme this summer in Spain, where relentless heat waves, combined with drought, played a decisive role in these forest fires.