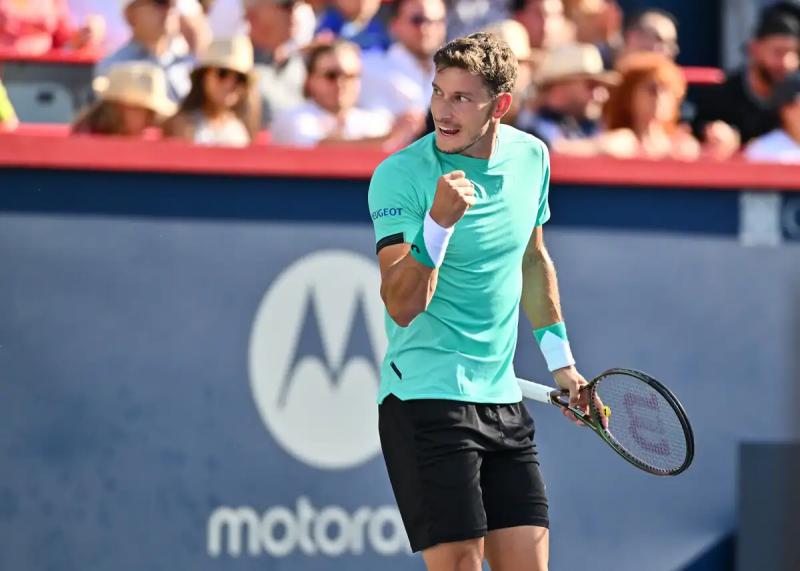 The Spaniard Pablo Carreño Busta won the final of the National Bank Open on Sunday in Montreal, ending one of the most unique editions in the history of the tournament.< /p>

The 31-year-old athlete, who was ranked 23rd in the world before starting the duel, defied the predictions by beating the Pole Hubert Hurkacz in three sets of 3-6, 6-3 and 6- 3.

“I can't believe it. It was an awesome week, from start to finish. My level of tennis this week was excellent,” he told TVA Sports after winning.

Characterized by his calm and consistency, Carreño Busta managed to grab the serve from the 10th racket in the world from the third game of the ultimate set. He then won a point in spectacular fashion, capping it all off with a volley from behind the net, and the wind started blowing at his back.

He thus got his hands on his first title in the Masters ATP1000 series by breaking the Pole's serve at 5-3. Carreño Busta will reach No. 14 in the world with the victory, approaching his career-best position (10th).

Hurkacz struggled to regain sufficient quality of play in return of serve late in the duel and seemed frustrated, knocking his racquet to the ground several times.

It must be said that he had an emotional and grueling week: each of his duels took three sets.

< p> This fatigue was noticeable by observing the quality of his second serves. Despite his 18 aces, Hurkacz paved the way for his rival by only winning 29% of rallies when he failed on his first attempt.

Carreño Busta, however, showed great opportunism; he took advantage of each of the three break points that were offered to him.

The two athletes will not have time to recover from their emotions since they will head to the side of Cincinnati for the next ATP 1000 Series event.