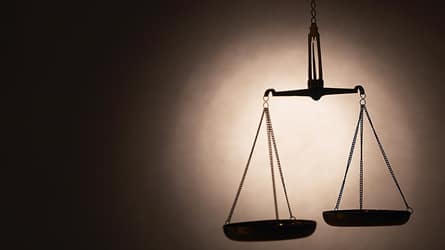 The Spanish Constitutional Court has validated the dismissal of an employee based on a video of the latter filmed by surveillance cameras without his consent, according to a decision seen by AFP on Monday.

The plumbing materials company Saltoki Araba, located in Vitoria-Gastéiz in the Spanish Basque Country (north), dismissed Roberto Triana Mendizábal in June 2019 after confirming suspicions against him, recalled the Supreme Court in its decision dated September 29.

The images show this employee giving products in a bag with another company's logo to a customer, without the customer paying for them.

A court had first validated the dismissal in June 2020.

Then, in October of the same year, the Superior Court of the Basque Country ruled in favor of the employee, considering that the video is “unlawful evidence” according to the case law of the European Court of Human Rights, because it was obtained without the consent of the accused.

In a contrary opinion, the Spanish Constitutional Court finally agreed with the employer, ruling that there was no violation of the “right to privacy of the worker”.

According to the judgment of the Constitutional Court, the use of the images as evidence was “a justified, appropriate, necessary and proportionate measure”, given that there were suspicions against the worker, that he did not there was no other 'less invasive' way to verify the breach and that the cameras were placed in a visible location in a public area of ​​the business, with a sign indicating the presence of CCTV.

“The use of the images for the purpose of work control (…) does not require the express consent of the worker, since it is understood that it is implied by the mere contractual relationship”, adds the judgment .

The decision was made after a close vote with six judges in favor and five against.

The latter criticized the decision to authorize the use of these recordings. They regretted that, “faced with the challenge represented by the dizzying development of personal surveillance technologies”, “the protection of the right to the protection of personal data in a particularly sensitive area such as labor relations” has been neglected.