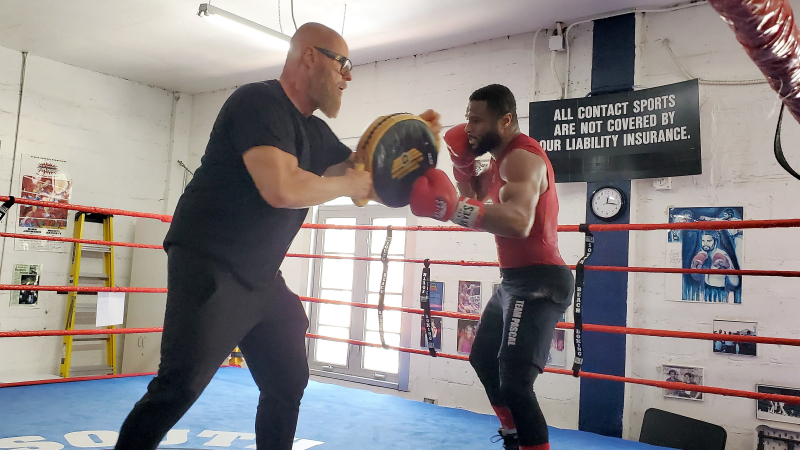 Jean Pascal is indestructible. Now he will play an important fight for the position of mandatory contender for the IBF title of Artur Beterbiev on February 9 in Laval.

It will be a co-promotion of Lou DiBella, Groupe Yvon Michel and Jean-Pascal Promotions. And the man to beat will be the German Michael Eifert. An undefeated 25-year-old boxer who will learn all the tricks of the trade in less than 12 rounds of boxing.

Jean Pascal, unless he gets arrested by the police of Laval on his way to the fight, will pass it in the mit.

“We must not make jokes with what happened in Montreal. People who know me know how serious I am during training camp. This fight against Eifert was supposed to be presented in January, but was pushed back to February. But I am already in training camp. Moreover, after the press conference on Tuesday or Wednesday, I will fly to Florida to refine the work with Orlando Cuellar in Miami, ”explains Pascal.

“And then some might accuse me of wanting to get free publicity before my fight with all the headlines surrounding 'the deal'. Talk about it good or talk about it badly, it's publicity. But in the end, the real truth will come out,” says Pascal half-fig half-grape.

But since he and his lawyer are studying how we are going to file a lawsuit against the police or the City of Montreal , he does not want to comment further.

A LITANY OF GREAT BOXERS

Life is never quiet with Jean Pascal. In his last fight, he volleyed Fanlong Meng, the number 1 contender in the IBF. Meng was undefeated.

In fact, the litany of undefeated boxers that Jean Pascal has faced is endless. Or almost.

It goes back to Sergey Kovalev who was 26-0 when he beat Pascal. Then, in Las Vegas, Yunieski Gonzalez was 16-0 when he was beaten by Pascal. Eleider Alvarez was 22-0. Ahmed Elbiali was 16-0. Dimitri Bivol, 14-0. Marcus Browne was 22-0 and Meng had a pristine 17-0 record. Previously, Pascal had beaten Chad Dawson who was considered the best pound for pound in the world with a 29-0 record. And just before that, Adrian Diaconu who was 26-0 and was world champion when Pascal faced him the first time.

It's crazy. And one is missing, launches Pascal with a smile. That's right, Steve Bossé had a stellar record of 1-0 in the ring and 894-0 on the ice.

And to conclude the story, in his debut at Club Soda, Jean Pascal had defeated Justin Hahn who had a record of 1-0. Incredible, the great international referee Michael Griffin was the referee of this fight.

Jean Pascal has been traveling the world for years to fight against champions. It will be his return “before his people” to use his expression.

“For me, it is very important to come back home, in front of mine. Boxing is going through difficult days and I want to help revive it as it deserves. I want to show that we can still do great things in Quebec in our sport. Apart from Steve Bossé, I've been fighting away from my family for years,” says Pascal.

He's right. We were about ten Quebecers in Miami, including Jean-Charles Lajoie and his friends Bob Hartley and Michel Therrien, when he demolished the great hope of PBC Ahmed Elbiali and if my memories are correct, we were three journalists, on December 29, when he defended his belt against Badou Jack in Atlanta.

There were two of them in Tampa for Fanlong Meng… That's not a lot of encouragement.

The CH fan can find the site Behind the scenes which is quite professional and worth a look. The fefans have many other sites on the Canadian which are mainly aimed at selling clicks to advertisers. At the cost of any madness.

But boxing fans are privileged. Some enthusiasts work hard to produce super interesting sites. These great boxing lovers cover the local scene as well as major fights in Europe, Asia or the Americas.

My favorite is Laurent Poulin's Boxingtown. It is a one man show that a professional journalist must attend regularly. Manny Montreal is also doing a good job.

Boxing lost a great connoisseur and a formidable teacher when Martin Achard died a few months ago. But the 12 rounds.ca site he helped found continues as a form of tribute. This is where you can read the very sharp analyzes of Rénald Boisvert, Steven Butler's trainer. Boisvert is a former lawyer who has Leo McDonald on his nose.

I also like to read Richard L'Écuyer's comments, even if he is too negatively prejudiced against Eye of The Tiger Management. But in jazz, few professional columnists can show him. And when he talks about tenor saxophone, he's on his own.

Otherwise, we can fall back on Jeff Jeffrey the Tuesday at 6:15 a.m. at 91.9. He is passionate about the history of boxing and is a good storyteller.

Unfortunately for other clinch sports, Huguette Proulx has disappeared from the airwaves…