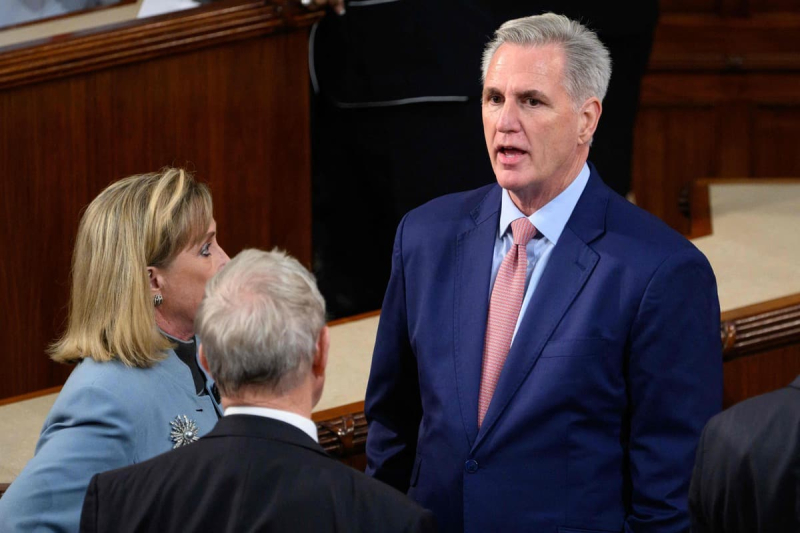 Tuesday, US politics once again gave us a historic moment. Whether or not Donald Trump is the Republican nominee in 2024, we have found that the legacies of his involvement will haunt the Republican Party for some time to come.

Kevin McCarthy and the legend of Faust

Perhaps you remember the tale of the learned Faust who, for knowledge and enjoyment, sold his soul to the devil. This is a bit of what Kevin McCarthy has tried in recent weeks. He took it badly, we didn't want his soul.

The Republican representative from California had long cherished the dream of becoming the Speaker of the House. After a first failure eight years ago, he thought he was reaching the goal.

A small group of his colleagues came between his dream and him. After offering them a number of compromises, including the possibility of dismissing him from his post, McCarthy knew from the start of yesterday's session that he would not benefit from the required number of supports (218).

The humiliation is total since he responded to all the requests of the mutineers, almost all loyal supporters of Donald Trump. Whoever rushed to Mar-a-Lago after the January 2021 uprising to kiss the godfather's ring can no longer pervert himself.

Kevin McCarthy finds himself in the heart of the 'a historic situation, unheard of since 1923. Generally, the identity of the speaker in the House is not decided, the negotiations take place before and the negotiations are little or not exposed publicly.

< p>In 1923, it took nine laps to identify the leader. On Tuesday, work was adjourned after three rounds, but no one can predict what will happen next.

Paying the price of the Trump years

Not only do the main recalcitrants have in common their support for the 45th president, just like him they claim to have entered politics to clean up Washington and do politics differently.

The intention is noble and the American political class does indeed need to be shaken up, but McCarthy's opponents also have in common that they are either incompetent, or inexperienced, or are particularly dishonest or, icing on the sundae, little ethically scrupulous.

It is hardly surprising to see them undermine the leadership of their own party and damage the image of their political party. Compromise is not in their nature.

Republicans came out of the midterm elections battered and hoped that by at least taking control of the House, they would be able to convince voters to also entrusting them with the presidency and the Senate in 2024.

The Democrats can only rejoice at the poor show offered Tuesday by their big rivals. It's hard to sell the idea that you can lead the country when you can't even agree on the identity of the speaker. The Republican Party is at a crossroads.