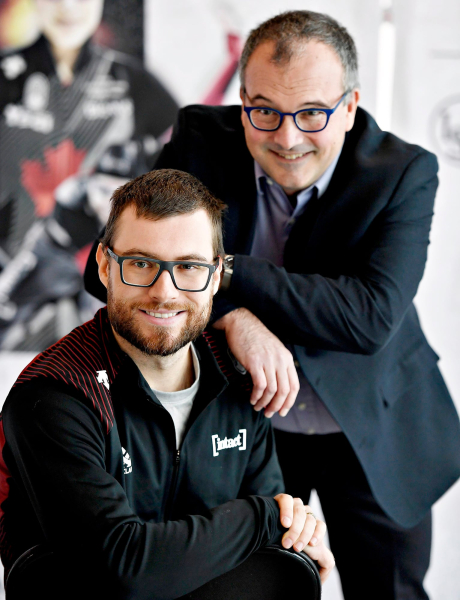 For the first time since March 1992, Quebec will host an international competition in long track speed skating.

A total of 78 skaters from seven countries will cross the iron starting Friday for the third edition of the Four Continents Championship, which will be played at the Ice Centre. The latter will live his international baptism.

Director General of the Quebec Speed ​​Skating Federation (FPVQ), double Olympian Robert Dubreuil had tremors in his voice when he spoke on Tuesday at the press briefing launching the activities.

< p>“We've been waiting for a long time and this is a great moment,” said Dubreuil. It's an emotional moment because in March 1992 during the men's long track World Cup in Quebec, it was my last career competition. »

Dubreuil wants the Four Continents Championship to open the door to larger-scale events in the medium term.

“We want it to be a springboard for a World Cup, he indicated. I don't have any dates in mind, but we want a World Cup as soon as possible. We are aiming for the current Olympic cycle which will end in 2026 with the Games in Milan and Cortina d'Ampezzo. »

“Calgary has understood that we will collaborate in the future and that we will share the events, to continue Dubreuil about the Calgary Olympic Oval. For hosting the Games in 1988 and being able to bank on fast ice, Calgary will still be considered, but Canada now has more options. »

If the father was emotional, the son also fully enjoys this stop in Quebec.

“It's a special and huge moment,” said Laurent Dubreuil, who ranks first in the World Cup standings in the 500m after two events. I've been dreaming about this moment for a long time. My brother and sister have never seen me skate internationally. My daughter Rose is really excited. We are going to live beautiful moments this weekend.

The 1000m silver medalist at the Beijing Olympics wants the Four Continents Championship to be just the beginning.

“It would be incredible to take part in a World Cup or a world championship in Quebec. I think it will come quickly. I remember Alex Harvey, who played his last career races at home in the World Cup Finals in 2019. It is definitely among his finest career moments. »

Balance in the calendar

The Four Continents Championship is a young event that offers a similar option to the European Championship.

“It has existed for more than 100 years in Europe and we had nothing on our side, underlined Laurent Dubreuil. We wanted a balance in the calendar and international competition. »

Second in the 1000m and fourth in the 500m in 2020 in Milwaukee during his only participation, Dubreuil wants to do well even if there are no points at stake. “I want to win”, he concluded.

A 500m raised despite the absentees

Some countries preferred to send their B team, but the level of the men's 500m will not be affected as four of the top eight skaters in the World Cup standings will be there.

“If I have a bad race, I will be punished, imaged Laurent Dubreuil, and Yuma (Murakami) will beat me. Because we trained together for six weeks this summer, Yuma became a friend of mine, but on the circuit I consider him a member of our team. I hope he gets good results, but I want to be able to beat him. »

Unlike the best Japanese sprinters who will head directly to Calgary, Murakami wanted to return to Quebec to compete in the Four Continents Championship. The Japanese won the first World Cup stage of the season in Stavanger, Norway and is second in the overall standings just behind Dubreuil.

Koreans Jun-Ho Kim (5th) and Min Kyu Cha who won silver in Beijing will also be ones to watch. Korea relies on its best players. For his part, Christopher Fiola is in 8th place after two races. Bronze medalist in China and 3rd in the cumulative ranking, the Japanese Wataru Morishige is not present.

Not worried about fatigue

The coach -head of the Eastern Canada Training Center, Gregor Jelonek shares his protege's point of view. “Laurent will need good races to win,” he said. In the 1000m, he surprised me a bit by finishing on the podium in Norway, but on the other hand he had a good training this summer and he skated a good 1000m during the trials in October. »

“In 500m, I was happy with his victory in Heerenveen, but above all happy with the way he skated, to chase Jelonek. He landed one of the best second outside turns I've seen in my life by combining power and technique.

Jelonek is not worried that Dubreuil will arrive in Calgary tired. “It is not a problem for a sprinter to do two races at the end of the week. It will put him in the leg for the World Cup. Skaters not here wanted to avoid travel. I can understand the Americans who are only 1h30 from Calgary not to cross the country to come to Quebec.

The best elements of the American team, including the young phenomenon Jordan Stolz, remained in Salt Lake City in anticipation of the two World Cup stops which will be held in Calgary from the 9th to the 11th and from December 16 to 18. The same goes for Canadian stars Isabelle Weidemann, Ivanie Blondin and Connor Howe who are based at the Olympic Oval.