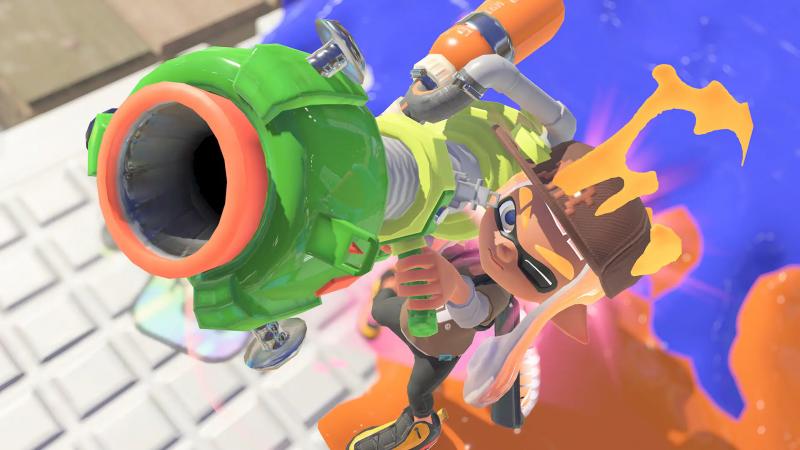 Nintendo isn't content to just give its Splatoon saga a new coat of paint. It takes its famous franchise to the next level with its third chapter even more colorful, enjoyable and delicious than the previous ones.

First a confession. The wonderful world of Splatoon– populated by adorable humanoid squids and armed octopuses – was very unfamiliar to us before exploring this third chapter. We had devoted a few minutes to the previous episodes, without however succumbing to the fever they have aroused since 2015 among players around the world.

But Splatoon 3 came to us convince in just a few minutes of the appeal of the spruce video game saga. And the fever did not take long to follow, as the pleasure is contagious.

Why, then? Because we are not only dealing with the most complete and successful entry in the series, but it is also the most accessible and entertaining. You don't need to know the ins and outs to jump into the action with both feet as its game mechanics are instinctive and easy to handle.

The concept remains the same: the player slips into the skin of an Inkling (a character capable of alternating between his human form and that of a squid) trying to defend his territory against the Octarians, octopus people trigger-happy enemy. And it is with great strokes (or rather jets) of colored ink that these areas are defended.

If the online game mode – responsible for the reputation of the Splatoon< series /em> – returns in a form similar to its previous ones, it is the single-player game mode that presents the biggest transformation. It deploys a world even larger and stronger than what the previous chapters have accustomed us to.

The plot, unfortunately, is rather thin. That, we can forgive as we regularly do with similar platform games – the adventures of Mario and Luigi never really revolutionized the genre –, but we find it more difficult to overcome the redundant nature of some of the levels of Splatoon 3.

As for the sometimes risky control mechanics, some advice is in order. If it is possible to aim using the gyroscope of the console or the Joy-Con, it is highly recommended to prioritize the use of the stick to align its targets. You'll save yourself some inevitable headaches…and a lot of bad words.

Still, once this irritant is fixed, Splatoon 3 delivers exactly what is expected of it: colourful, exhilarating and very enjoyable family entertainment.