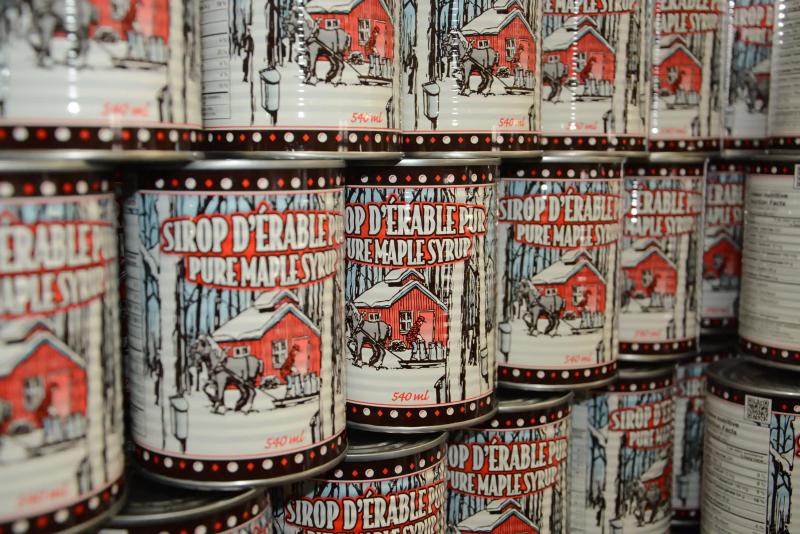 At the dawn of a new National Bank Tennis Open, maple syrup producers dreamed of a sponsorship with star tennis players Leylah Fernandez and Félix Auger-Aliassime, but the association did not materialize.

“We tried to see if there was a possible partnership for this year, to be a sponsor, but unfortunately that didn't happen,” says Geneviève Martineau. , director of communications at Quebec Maple Syrup Producers (PPAQ), during an interview with Le Journal.

Yet on paper, the table was set for such a partnership. In 2020, player Vasek Pospisil, in a state of grace, drank syrup on the pitch to give himself energy, which was praised by his compatriot Félix Auger-Aliassime.

Then, last year, the young player Leylah Fernandez, a real dynamite of the last United States Tennis Open, explained, in prime time, that the successes of Quebec players were explained by the consumption of the delicious elixir.

This little phrase spoken in the United States, the main export market for maple syrup producers here (76% of Quebec maple syrup is exported to our neighbors to the south) , had not gone unnoticed.

Quebec Maple Syrup Producers have held sponsorship talks with Leylah Fernandez and Félix Auger-Aliassime's agent, Bernard Duchesneau. However, the financial means of maple syrup producers here were no match for those of Subway or Weston, the Canadian giant in the agri-food industry that owns the Maxi banner.

“Our board of directors found it very interesting that we were talking about syrup to tennis. Their desire was to see if we could have a partnership with them,” explains Ms. Martineau.

A seed was made, gifts from the maple tree were sent, and discussions took place with the players' entourage. But the two parties did not agree.

“They had a lot of requests after their success at the US Open. In terms of what the agreement included and what they asked for, for us, it did not suit us. Let's say that a Gatorade was hard to beat, ”explained Ms. Martineau, with philosophy.

The agreement did not necessarily provide for advertising, but a presence on social media and identification with the brand.

“It is not excluded that we try another approach, but for the moment it is not in our plans, ”she said.

The agent of the two players, Bernard Duchesneau, did not answer questions from the Journal .

While they've said no to maple syrup, the two star players have recently teamed up with deeper-pocketed sponsors. Fernandez is notably a partner of Subway, Gatorade, Lululemon and Google.

Auger-Aliassime has an agreement with Adidas and, again this year, he is participating in an advertising campaign with Maxi. In addition, both players had promoted discount airline Flair. For its part, the maple syrup industry is trying to reposition its image to appeal to athletes in particular. Among the ambassadors, there is a certain Hugo Houle, recent winner of a stage of the Tour de France.

“Hugo is proud to contribute to the local and international influence of maple. During his visit to the Tokyo Olympics, he brought maple products in his suitcases,” revealed Gwenaëlle Marchand, PPAQ advisor.

Producers say they work with nutritionists and have produced several capsules associating the syrup with a “fuel for sportsmen”.