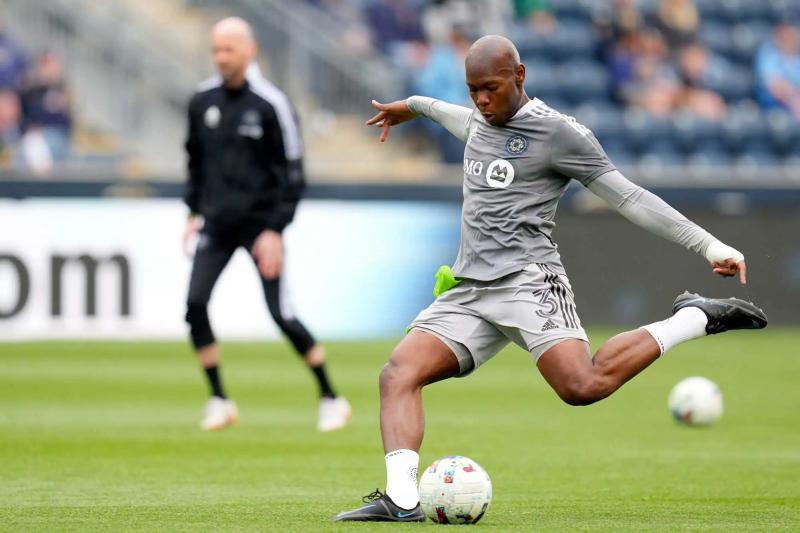 It has therefore been a very long time since these two teams have crossed swords.

In the spring of 2019, KC inflicted a correction of 7 to 1 on the Montrealers in Missouri.

The defender Rudy Camacho is one of the few survivors of that era, and that game has been forgotten for a very long time.

“It's been three [seasons], it's another team and so are we. . It's a different era and it will be a completely different game. »

If you're looking for Sporting in the Western Conference standings, you'll have to look at them upside down, as they sit 14th and bottom, which is highly unusual for KC, who are a regular at first positions.

“It's a very good team despite its position in the standings, warned Samuel Piette, Thursday. They have a good backbone with players who have been there for several years, and a very clear playing identity. »

Kamal Miller also believes that the team of Peter Vermes should not be taken lightly.

“Kansas is one of the teams that people see winning the cup, regardless of the season they have.

“Over the years, the team has developed a style of play that is uniquely its own and no matter which players arrive, they seem to adapt well to it”, added the fullback.

Tough against the West

We can say that the Western teams are giving the Bleu-blanc-noir a hard time this season, because Wilfried Nancy's team is 2-4 against them.

Recently , the Montrealers also lost to Real Salt Lake and Austin FC at Stade Saputo, which is why we have to take this game against Kansas City seriously.

Camacho has nothing detected something different in the game of clubs in the West.

“Coincidence or not, we didn't perform well against them. But whether it's East or West, I haven't seen a big change. »

The important thing for CF Montreal is above all to deliver a performance that will make people forget their 4-0 loss to the Galaxy in Los Angeles on Monday.

“It's important to bounce back after a game like that, especially after getting a good result the week before,” Miller argued.

It is also essential to negotiate this return home well, since the team, which has just returned from a two-game trip to the American West Coast, where it obtained three points out of a possible six, will play three of its next four games at Stade Saputo.

Since its eight-game unbeaten streak, Montreal has been playing yo-yo by alternating victories and defeats. Miller is aware of the phenomenon.

“It is difficult to find consistency, especially in a team sport and in a league where teams operate in sequences.

“We don't want to be a team that's either going to have a great game or have a bad game. To reach the next level, you have to be able to find a way to hang on to get a result, whether you have a good day or a bad day. “

The full-back argues that's what makes the difference when it really matters.

“At the end of the season, the teams left in the race are the ones who have been able to find some sort of balance, and we want to be one of those teams. »

It's very rare for Sporting, but they are at the top of a category that is not usual for him in MLS statistics. Indeed, the team suffered an 11th loss last weekend, the highest total in the league this season.

< p>Since the start of the season, Kansas City has had four streaks of at least two consecutive losses. The Peter Vermes-led squad have won just one of their last six games and suffered four losses in their most recent five outings.

If Sporting are struggling this season, it is partly because several important players are on the injured list. Ozzie Cisneros (hamstrings), Gadi Kinda (knee), Alan Pulido (knee), Nikola Vujnovic (calf), Kortne Ford (concussion) and Graham Zusi (quadriceps) are all absent.

There is a clear imbalance of accounts at Sporting Missouri, which has scored only 16 goals in 19 games. And the defense missed with 33 goals against.

This is the first meeting between Sporting and CF Montreal since March 2019 when KC inflicted a 7-1 loss to the Quebec team. To this day, it is still a goals-in-a-game record for the Missouri club and a goals-against record for Montreal.